Tourism Event of the Year 2015

The Australian Celtic Music Awards won ‘Tourism Event of the Year’ for the second year in a row at the Glen Innes Examiner Business Awards on Friday 4th Sept.

Swim star Haley Lewis was special guest MC for the evening which was a real treat for the 380 people who attended the Business Awards.

The Australian Celtic Music Awards are now in their fourth year and are looking forward to the awards presentation in April 2016. 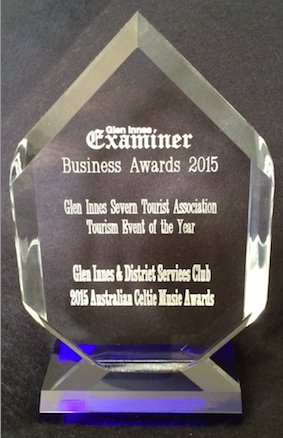