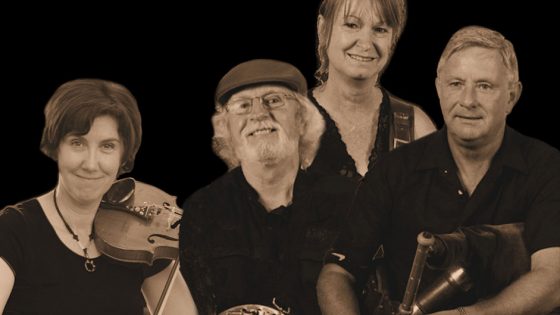 Thomas Burton nominated for
Producer of the Year

Celtic Fusion is a versatile four-piece multi-instrumental band playing Celtic-based folk music for over ten years, incorporating a combination of traditional songs and tunes with country and western and contemporary numbers.

The band line-up includes an Irishman, two Scots and an Australian. All members share lead vocals and harmonies whilst playing a range of diverse instruments:

Their latest CD – The Last Great Love Song – is a tribute to band member Jim Hill, who recently passed away. They chose some of Jim’s favourite tracks and recorded fresh material around them. Jim’s contribution to the numbers features original vocals, tin whistle, flute and tenor saxophone.

The CD begins with the sounds of studio session ‘chat’ before launching into a lively rendition of ‘Galway Girl’. They finish the recording with ‘Last Great Love Song’, a reflective number that inspires this musical project perfectly.

While they take their music seriously, they believe in having fun and including the audience in enjoying the experience.

Celtic Fusion aims to present the very best of music in the Celtic tradition, and audience participation and satisfaction will always be their number one priority. 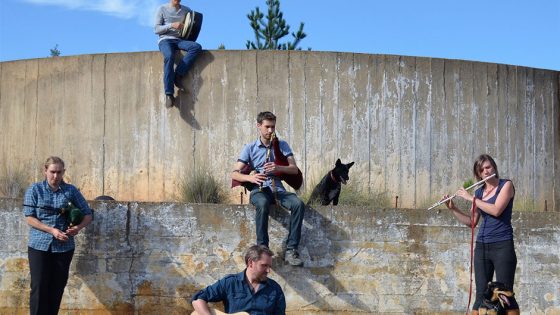 Instrumental Celtic traditional five piece Mad Kelpie Playdate formed in 2017 through a mutual love of high energy bagpipe music and even higher energy crazy dogs. Based in Queanbeyan and the surrounding region, the band combines smallpipes, uilleann pipes, flute, guitar and percussion to provide a lively modern take on traditional Celtic music, with influences from bluegrass and pipe bands. 2018 saw the release of their debut self-titled album, along with performances including at the Quirindi Tattoo, the Yass Irish & Celtic Music Festival, the Canberra Highland Gathering Ceilidh and Folk by the Sea. 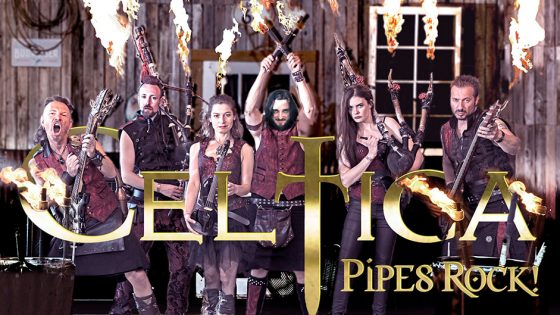 In 2018, the 9th year of touring all over Europe and North America, from Florida to Alaska, after shows and video shootings in New York City and Hawaii, after 5 CD-albums and over 4 million views on YouTube (counting the official videos only), it seemed to be time for the 1st Celtica-live DVD.

On August 4th 2017 Celtica played at Montelago, Italy, a brilliant show in front of 8000 fans. The band celebrated with the enthusiastic audience an unforgettable summer night of symphonic Celtic Rock – and every single note got filmed and recorded…The concert at was released on DVD on Aug. 3rd 2018 and got immediately enthusiastic reviews, e.g. “A top notch audio-visual sensation!” Musikreviews.de; As a 2nd track “Amazing Grace” got released on Youtube.

2018 was again a year of intense touring, in spring and fall bringing Celtica to the US including Hawaii, where a band-skydive-video was filmed, and during summer performing shows in Europe, e.g. Italy, UK, Spain, Germany, Switzerland, Austria, France; More than 420 performances since 2010; More than 20.000 follower on Facebook, Youtube: 4 million views, counting official videos only, the original tune “Megawatt”, filmed at Old Tucson Studios, Arizona, in March 2017 has more than 700.000 views.

But how did it start…?

2009 Start at the Grand Canyon

Celtica –Pipes Rock is founded in December 2009 by the Austrian guitarist, composer and producer Gajus Stappen who gathers several European and US-American musicians in Phoenix, AZ, to record their first CD “Rising” and to shoot their first video at Grand Canyon and Monument Valley for the song “Atholl Highlanders”. On bagpipes: John McLean Allan and Gwendolen Rowe. Bass player Harald Weinkum stays as founding band member till presence. Thomas Rettl, kilt maker and fashion designer, supports the band from the very beginning with for the band designed kilts and accessories. The combination of the traditional sound of Scottish bagpipes with the power of a Rock Band promises to become a recipe for international success.

During the summer touring season Celtica plays most of Europe’s major Celtic and/or Scottish themed festivals, as well as many local Music and Art Festivals, taking them to Italy, Germany, Switzerland, Croatia, and Austria, just to name a few. Their first CD “Rising” becomes a “Celtic” favorite on European radio stations and a hot seller on Internet Music outlets.

The season extends Celtica’s touring territory in Europe and even bigger festivals, while they start working on their second CD “Oceans of Fire”. Duncan Knight becomes the male bagpiper of Celtica. Trying to extend their popularity “across the pond”, they start gaining notoriety with several US- and Canadian promoters, leading to the planning of their first North American Tour for fall of 2012. The co-operation with AKG, a world famous company for audio technical equipment, starts.

Energized by their second CD release “Oceans of Fire”, which contains also original tunes, they are booked solid on the European festival circuit from May to October, only to be joyfully interrupted by the 1st Canada- and USA-tour including prestigious Celtic Festivals like Canmore and their 100th performance at Tulsa, Oklahoma. Sally Garen, promoter of the Canmore Highland Games, Canmore/ CAN: “Celtica has a very professional show, crowd-interactive, with high-caliber studied musicians. Really enjoyed your music and meeting you all. What a lovely group of people!”

2013 From New Mexico to Alaska

This year brings lots of touring in the USA playing shows from New Mexico to Alaska, from Newport, RI, to San Francisco, so Celtica invests in a complete 2nd backline, a van and trailer for the US. In Europe shows are played from Netherlands to Italy, from Northern Germany to Southern Spain. Jane Espie, the “Phantom Piper”, follows Gwendolen as the female piper of Celtica, drummer Matthias Katzmair becomes a regular band member. At Schotten Radio, one of the biggest Celtic radio stations, “Cape Horn” gets more than 250,000 requests and Celtica gains the pretty rare, prestigious “MacDudel Award” (within 14 years only 7 bands received this award). Their version of “What Shall We Do with the Drunken Sailor” stays among the Top 20 of Schotten Radio`s most requested songs for nearly 2 years. 2013 ends with a short Scotland-tour and more than 5000 followers on Facebook.

Hartford, CT/USA-based promoter Gail McClellan calls Celtica “THE new band on the international Celtic music scene”, and she goes on to say, “I really loved the Celtica CD; their music is very appealing, they have exciting stage presence, not to mention the fire show which people love.”

The year starts with the 4th US-tour including a video shoot for “Whiskey in the Jar” in New York City. In spring the 3rd album “Legends and Visions” is released. Besides 4 tunes all other are original compositions. The 3 Celtica CDs became all #1 of the CD Baby charts and in 2014 all 3 albums are at the same time among the top 5 selling albums. In August contracts are signed with Magnetic Music as the booking-agency for Germany, Swiss and Luxembourg and Membran Media Group for worldwide distribution of the Celtica albums. In fall Celtica is touring again for 2 months in the USA, performing the 200th show. The official videos on YouTube have more than 1,000.000 views; Over 10,000 followers on Facebook.
Rick Field, promoter of the Hagen Celtic Festival said, “You were the hammer, the whole town is talking about you…!”

The classical violin player Aya Georgieva joins the band to make the sound more symphonic. The 2nd video shooting in New York City: “Avalon” in Manhattan. Celtica plays their 1st Germany club tour as headliner. Sven Hilberth gets hired as the band’s first full-time sound engineer. In August Celtica is invited to perform at a top slot at the world´s biggest Metal festival, the Wacken Open Air in Germany: Saturday 9-10pm, and the band presents a kick-ass show. Two videos catch the electrifying performance in front of thousands of head banging “metal-heads”. Another highlight is the performance at the European Harley Davidson Week, one of the biggest biker festivals in the world. Suzanne Lee-Barnes, London based promoter, is extremely enthusiastic about the hot show: “One of the 10 best performances I have seen ever in my whole life!” In fall Celtica performs again in the US, including their 1st time on Hawaii. The band uses the chance to be on an island, which is famous as a shooting location for Hollywood blockbusters, to film a spectacular video: “Visitors”.

The 7th year on tour brings a complete re-launch. The 4th album “Steamphonia” is released and delivers a significant change in sound and musical style: Influenced by bands like Nightwish and Within Temptation, symphonic and Metal elements make the sound more epic and powerful and introduce Celtica to an audience outside of the Celtic and Folk orientated circles all over the world. The band-styling follows the music and shows influences from Gothic, Steampunk and Metal styles. Stage design and website look also reflect the new sound. Christof Seidl, one of Austria´s top live sound engineers, gets signed for the upcoming show. The band tours again the US, including several shows on Hawaii. On YouTube, Celtica has more than 1,400,000 views. The 300th performance is celebrated at Hagen, Germany, on May 28th, and the band counts over 15,000 followers on Facebook.

2017 “Live at Montelago” with classical orchestra

After 4 studio albums it was time for Celtica to record and even film a full live performance. To make it one of their best shows ever, a classical orchestra and choir were hired. After months of preparations and rehearsals while constantly touring the day of the show had arrived: On August 4th 2017 at perfect weather conditions Celtica played a brilliant show at Montelago, Italy in front of 8000 fans. The band celebrated with the enthusiastic audience an unforgettable summer night of symphonic Celtic Rock – and every single note got filmed and recorded…In December the concert was released as a double live CD and got enthusiastic reviews. As a first sample of the upcoming DVD “A Telegram for Monsieur Verne” got released on Youtube presenting Celtica for the first time with a classical orchestra;
Youtube: 2,7 million views, Facebook: 17.000 followers, more than 350 performances…