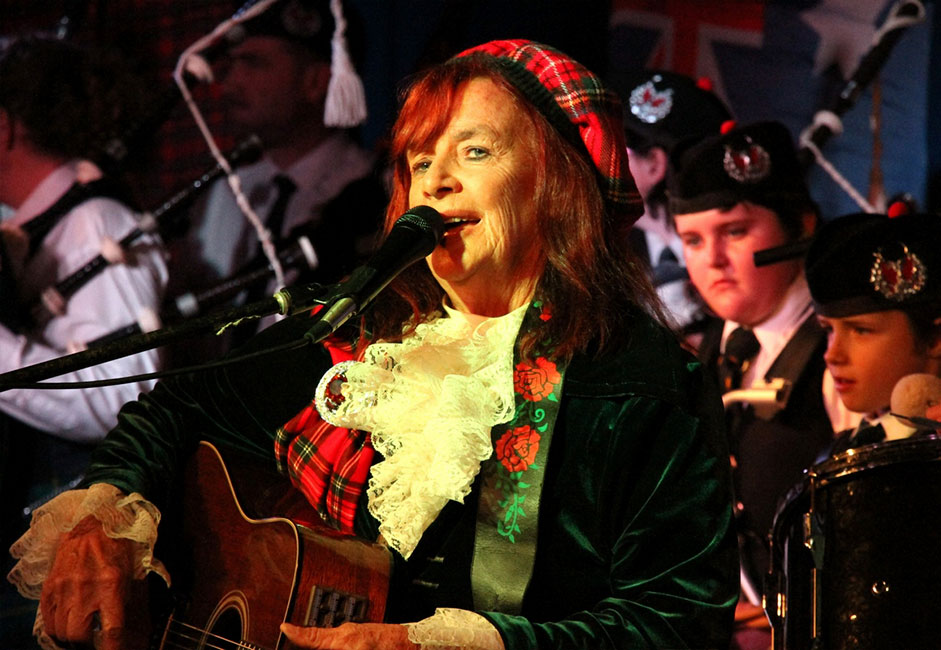 Norma O’Hara Murphy is a veteran in the music Industry and a trailblazer in her own right. A dedicated songwriter who has been recognised as one of our very best during the last thirty years. Norma continues to win awards, songwriting & legend awards and over the years has won five Gold Guitars. Also many songwriting awards including the prestigious Songmaker Award in Tamworth. To top all this, Norma was awarded the top award at the 2014 Australian Celtic Festival and was voted Australian Celtic Artist of the year.

Norma’s songs have spanned the generations and many young fans are still enjoying the songs and stories that their parents and indeed grandparents enjoyed. After several international tours including Ireland/UK/Germany/China and Japan Norma gave up touring for ten years, but on returning in 2010 comes back with a fresh creative energy. With several new albums being testimony to Norma’s unique talent and songwriting skills. Norma does not really tour anymore but now hosts her own music festival at Bony Mountain near Warwick in Qld, which has become a very unique successful event (Bony Mountain Folk Festival). Held in September every year, it has featured Murphy’s Pigs, Cape Byron Celtic Dancers and many top artists and songwriters. It is a very well attended top class event.

Norma has fourteen wonderful albums and her musical legacy continues with some wonderful releases during the last few years with the latest masterpiece being (volume three) of the Celtic Connection from this wonderful songwriter. Being a third generation Irish/Australian, Norma is very proud of her ancestry and is writing and producing some very significant Celtic songs that are sure to be considered classics for many years to come. To experience a Norma O’Hara Murphy live performance has always been a special experience so don’t miss this great artist (live in concert).