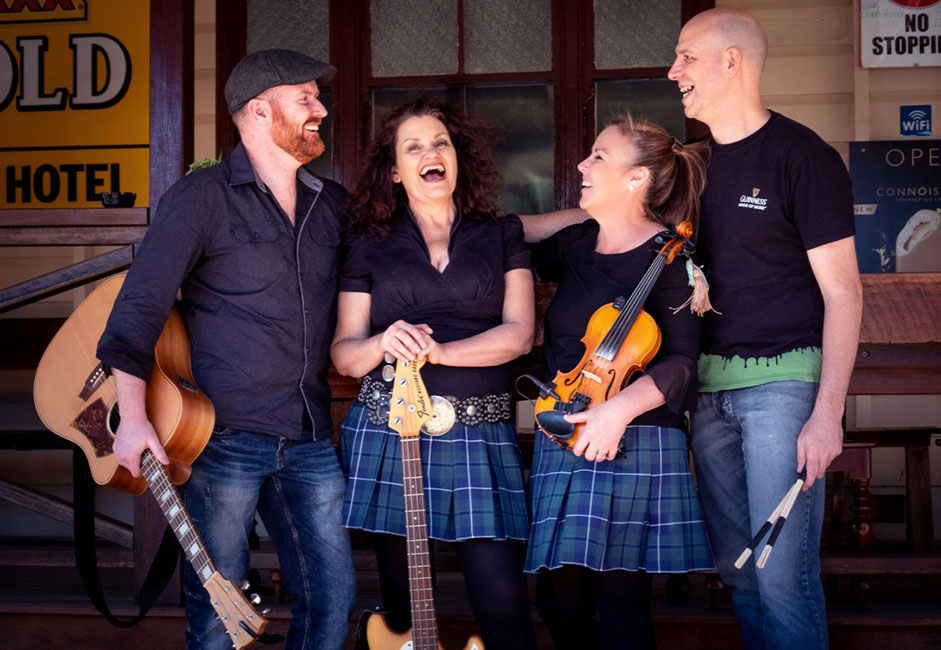 Limerick was established in 2016 bringing together four talented musicians who have a “Reel” passion for hi-energy music. Broadly representing the Celtic rock genre, including originals, classics and Trad tunes, Limerick’s slogan of “Modern Celtic Band” reflects the incorporation of crowd pleasers into their shows to ensure that everybody young, old and in-between are either toe tapping, beer stomping, or up singing and dancing whilst being mesmerised by their roaming “Pied Piper like” Fiddle player.

Limerick have released a 5 track EP called “Up Yer Kilts” which showcases the band’s versatility and live performances and features 2 vocalists, fiddle, piano accordion, guitar, bass and drums. They are now in preparation of recording their second all-new originals EP to be launched March 2020.

Limerick’s live performances have been at some of the best venues and festivals across Southeast QLD and Northern NSW. Limerick have been a featured band at venues such as Finn McCool’s, (One of QLD’s largest Irish Pubs and multi award winner for best entertainment). Irish Club Hotel Toowoomba, Scots in the Bush Festival, International Tartan Day Festival, Festuri Multicultural Festival, The Bunker in Eumundi, Twin Towns Services Club Tweed Heads, Paddy Fest, a St Patrick’s Day festival held annually at Brisbane Eagle Farm Raceway and The Colmslie Big Band Craic Festival. Limerick have established themselves as one of the popular Celtic bands in Australia.