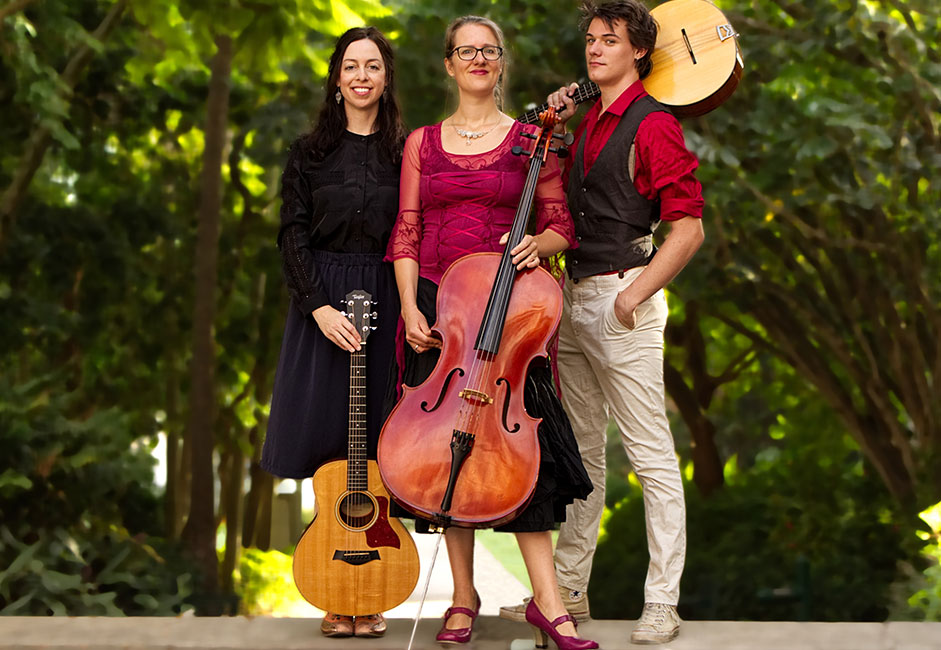 Group of the year / Song of the Year

Over the last few years, songwriter and vocalist Sally Harris has been quietly building a repertoire of songs that bring together a love of history, mythology, traditional song, tunes and sessions. Together with one of Australia’s most well known and respected folk musicians, Rebecca Wright, and superb multi-instrumentalist Lachlan Baldwin, these stories have been brought to life with exquisite cello lines, blazing bouzouki and heart melting harmonies.

With their eponymous album winning three titles in the Australian Celtic Music Awards 2018 and their song “The Miners Way” announced as a `inalist in the 2019 Queensland Music Awards, Gone Molly are truly unique folk storytellers. Breathing life into colourful characters and tales imagined or discovered, ‘The Mollies’ whisper and roar through the grimy streets of London, over ghostly battle`ields and down into the faerie dells of Anglo-Celtic history. Delivered with a joyful energy and a hint of the theatrical, their live performances are not to be missed!

The Gone Molly eponymous debut album was released in December 2017 and has been receiving radio rotation in Australia, the UK, Canada and the US, and many requests from other folk musicians to cover their songs. Their EP ‘Culloden’ was launched in March 2019, with the title song selected as one of the best tracks of 2019 by the Folk & Roll Radio Show, Scotland.

“I do love their eponymous album… and from it this is a cracking song called ‘The Miner’s Way’. Just cop your whack for this!” – Mike Harding (Mike Harding Folk Show, UK)