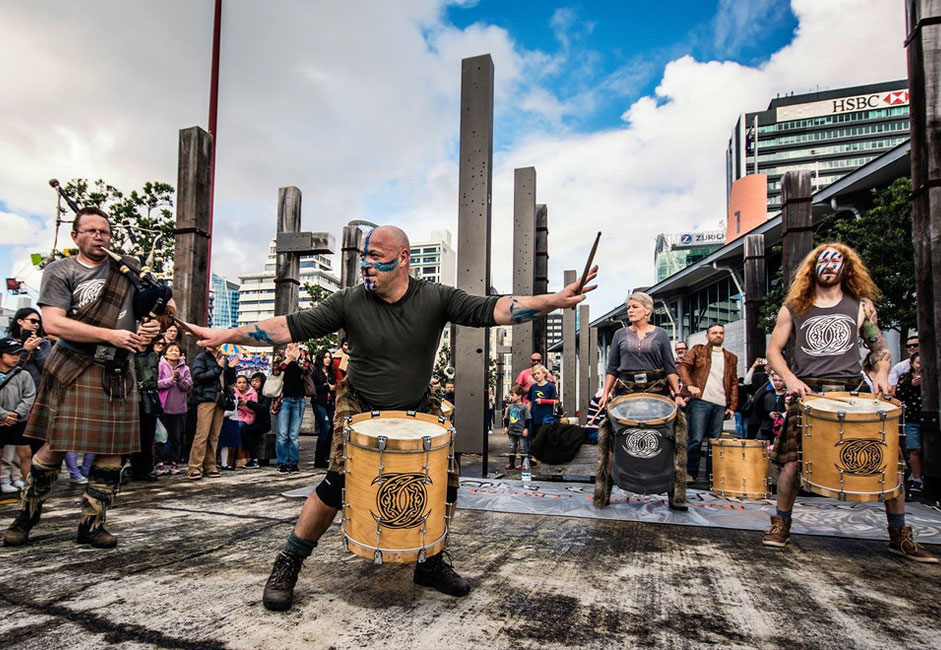 Frankie Mac – the creator of Clan Celtica, studied percussion and tympani performance at the Royal Scottish Academy for Music & Drama (RSAMD), Glasgow, for 4 years from 1981.

In addition to leading the percussion line, Frankie is currently the main composer, recording producer and manager of the band.

Oscar West – a professional multi instrumentalist including the bagpipe of course. With his unique style Oscar has earned the respect of many peers and he is now in demand with session work all over NZ, most recently the Pop-up-Globe.
Oscar has been an integral driving force of the Clan Celtica sound with his contemporary technique, feel and tune compositions.