You may have noticed that this edition is a few days late. In Spring, along with all the bulbs, and flowers, and baby animals comes hay fever season. I couldn’t see my computer screen last week! But I’m back now. So here’s the October edition.

at The Australian Celtic Festival, 4th to 7th May 2017

One fortunate couple will win the opportunity to “tie the knot” in a traditional Celtic style, 100% legal wedding on Saturday 6th May 2017, at The Australian Celtic Festival. The Festival Committee are excited to bring back this popular element of the Festival following its successful introduction in 2016. 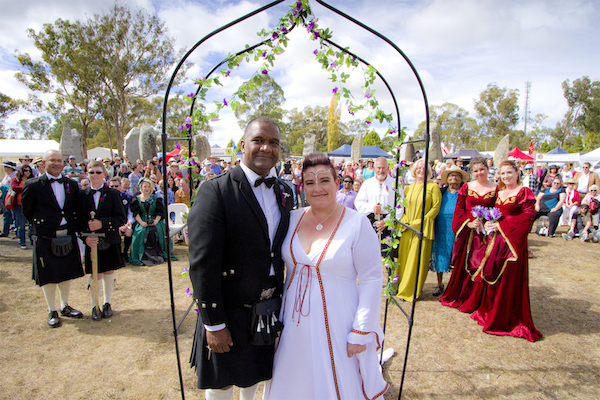 Newcastle Celebrant Julie Muir has been chosen to perform the ceremony, ensuring that the lucky couple not only have a unique Celtic marriage ceremony, but also on that meets Australian legal requirements.

Julie Muir is a young Celebrant who loves nothing more that collaborating with couples to create personalised and meaningful ceremonies. Being Irish herself, and having grown up in Dublin, the birthplace of the famous Irish poet William Butler Yeats, she is well positioned to create something memorable for all involved. With the 2017 Festival focussing on Ireland, this is particularly appropriate.

There is an abundance of wonderful traditional Celtic readings, rituals, vows and blessings for which the Irish are famous, that might be potentially incorporated into the ceremony.

The winning couple will be married within the circle of the Australian Standing Stones, an array of spectacular granite monoliths like those around which the ancient Celts danced. All the Festival visitors are invited as guests to witness the ceremony.

Couples who are genuinely interested in getting legally married in a traditional Celtic ceremony with an Irish theme can find more information or enter online. Applications close on 15th January 2017. 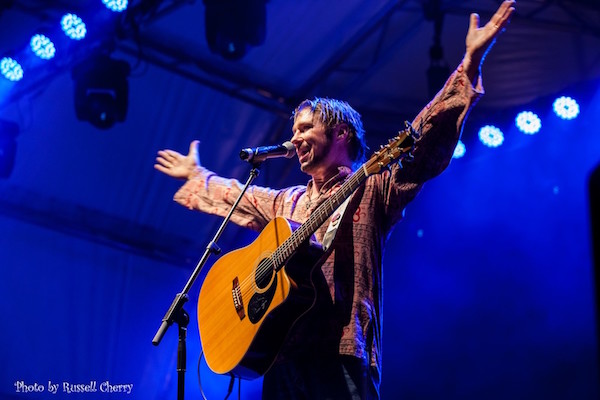 Darren Coggan presents his acclaimed retrospective of Cat Stevens’ music at Glen Innes & Districts Services Club. Doors open at 7.30 pm. Tickets are $25 and can be purchased by calling 02 6732 1355.

Go to this link – www.peace-train.com.au. I did and enjoyed the music so much that I immediately booked my ticket! Cat Steven’s music really was the soundtrack to my life. 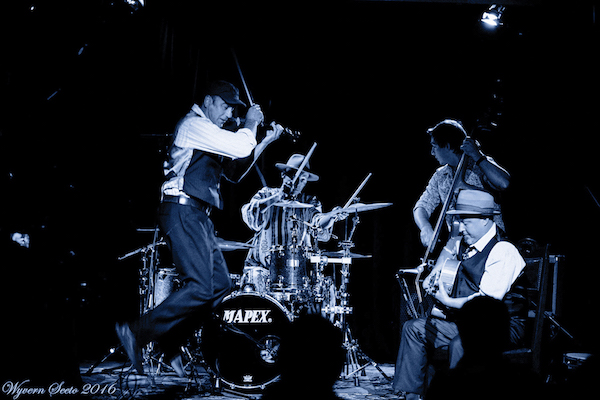 The music of ARABESK follows many paths at any one time. Like a river it is fed from many different tributaries to form the whole, drawing upon strong jazz influences… Django Reinhardt, Wes Montgomery, Eastern European Gypsy and Classical music, on a backdrop of heavily African and Arabic influenced rhythms. At any moment it will swing hard, only to drop into a thick funk pumped bassline, all the while the violin floating above it. The drums hammer and thunder beats reminiscent of Motown, Blue Note and Afro Cuban jazz. With a wealth of musical experience it is little wonder ARABESK are such a powerhouse of invention and innovation.

And watch this space for an exciting announcement about a Toowoomba event in February 2017. 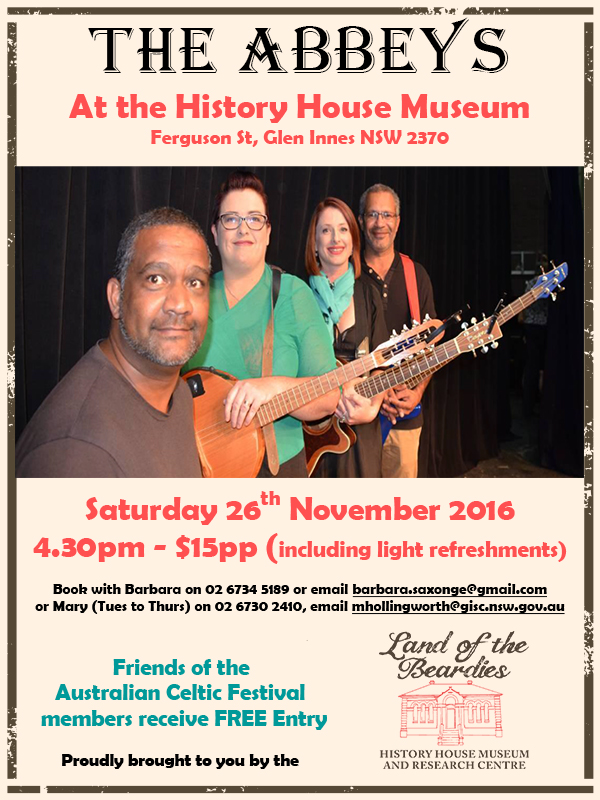 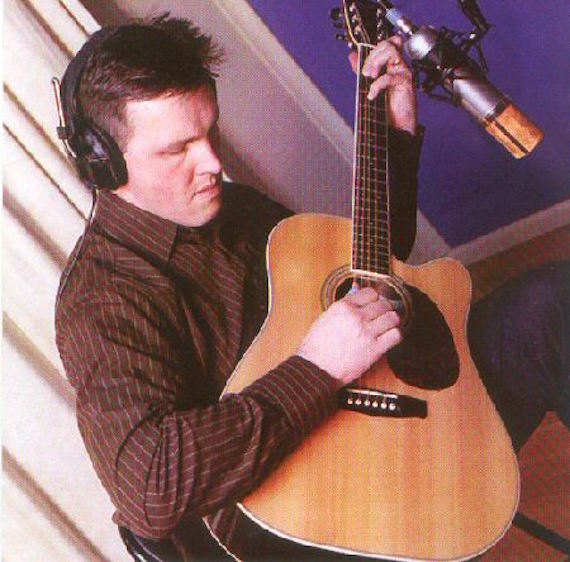 Internationally acclaimed vocalist, Patrice Arkins from the Les Miserables musical, along with renowned guitarist and motivational speaker Lorin Nicholson, are pleased to announce the release of their brand new Christmas single “Christmas All Year Long”. This brand new Christmas song co-written by legendary Nashville songwriter and composer Ed Kee and Randy Kartchner, will be released for the first time here in Australia on November 4, with pre-launch copies already available through the iTunes store.

This beautiful recording has been captured in studios all around the world, featuring the stunning vocals of Patrice whilst on tour in London, then flying across the Atlantic to Nashville for bass, drums, percussion, keyboard and the lovely piano of Randy, then overland USA to the mid-west for the Utah string ensemble, followed by the long trip over the Pacific to Brisbane Australia where Lorin recorded his fine acoustic guitar, before finally circling back around the world to Nashville for the final mixing and mastering session ready for Christmas.

In a world filled with war, contention, hate and heartache, Christmas All Year Long shares an important message of peace, hope, kindness and compassion, lasting not only throughout the Christmas season, but all year long.

Lorin will be performing in the following locations.

The girls from Gone Molly (Sally Harris and Rebecca Wright) are planning an album and would dearly love your help!  They’re holding an album fundraiser concert at Magda’s Community Artz on Sunday 23rd October with special guest appearances, a concert, raffle and more!  Afternoon tea and refreshments will be available for purchase.

Hope to see you all there! www.facebook.com/gonemolly

October 22th
2CBD Grand opening of their new studio at 131 Church Street, 8.30 am to 3.30 pm. The studio will be formally opened by Deputy Prime Minister and Member for New England Barnaby Joyce. Guided tours of the studio, BBQ, meet your Presenters. Family friendly day out.

October 29th
The Annual Glen Innes Trivia Night with a “Halloween theme” – 6pm at the Masonic Lodge Hall Glen Innes. BYO Picnic Dinner. Dress in your favourite spooky character – or just wrap yourself up in cobwebs, bandages or Dracula like costumes! $10 per person and you can book a table of up to 6 people. Tickets from Carelle’s @  250 Grey Street, Glen Innes or pay at the door – but you still need to book your seat! All proceeds of the Night go to Glen Innes VRA.

November 26th
4.30 pm. The Abbeys at Land of the Beardies History House. $15 pp including light refreshments. 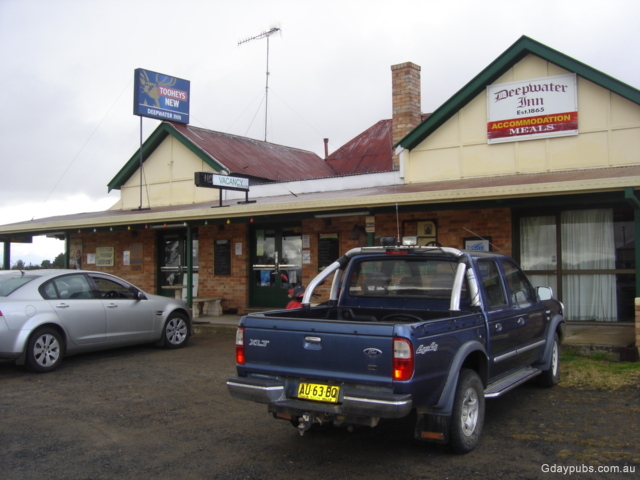 Every month I sit down to put together Celtic News and wonder if I will have enough to make an edition. Not this month! Lots of things coming in from lots of wonderful people. Please continue with your submissions.
I hope that you enjoyed this edition of Celtic News.