This month, I’m writing for two! I am moving in the first two weeks of April. My internet system is via satellite and getting a seamless transition may not be totally straightforward. Rather than having my hair get even whiter worrying about it, I have combined these two issues. Your next Celtic News will be in May and it will be HUGE, with all the results from The Australian Celtic Music Awards, The Australian Celtic Dance Championship, the Triquetra Medallions and, of course, a review of The Australian Celtic Festival.

Saturday, 6th May 2017, 6.30pm at the Glen Innes Services Club
Don’t miss out on your opportunity to attend the premier event in Glen Innes. Tickets are on sale NOW, and include canapés and a two course dinner with Darren Coggan, Mike McClellan (below) and the String Family. Tickets are $40 each and bookings are essential. Call 02 6732 1355. 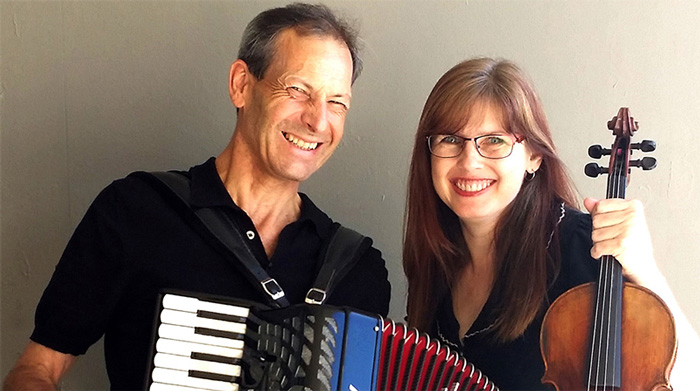 Emma Nixon and Iain Mckenzie teamed up some years ago to fuse the powerful mix of box and fiddle, forming Black Bear Duo. Their combined passion in performing traditional and contemporary Scottish music has created an exciting and individual style. The versatility and musical ability of the duo means Iain and Emma are well established on the music scene and known by audiences in Australia and around the world playing for Scottish dances, ceilidhs and concerts and hosting musical workshops.

Emma is a star of the fiddle scene in Australia, both as a musician and teacher. Her first solo album, Chasing the Sunset, won a Golden Fiddle Award in 2012, and she has received two Golden Fiddle Awards for Best Teacher (2010, 2011). Emma combines the strength of both classical and traditional music in her inspiring fiddle playing, while remaining true to the soul of the music.

Iain was brought up surrounded by Scottish music and dance, and through his Scottish origins is a natural box player. He has travelled extensively and has a strong interest in music from around the world, drawing on other traditional influences to provide a uniqueness in his music. Iain is also a composer of traditional tunes – including lead tunes for dances – some of which have been recorded by others or feature on the new CD. 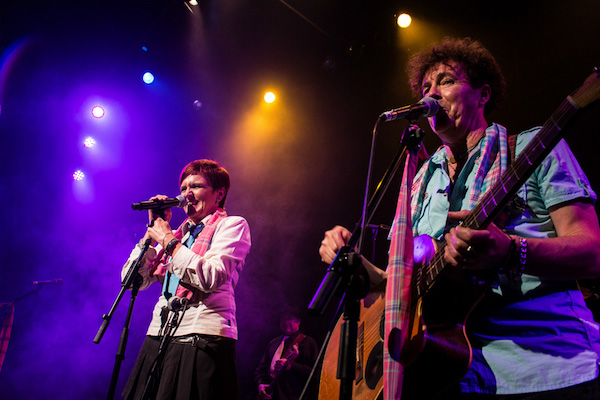 Jim and Alex arrived in Australia from Glasgow and Belfast respectively, not knowing each other, but they just happened to meet by chance in a recording studio in Adelaide. She was married with a 3 year old child and he was a backpacker. How would this work out, you would think?

More than two decades later The BordererS are electrifying audiences across Australia and the world with their fusion of Celtic rock, zydeco, African, folk, gospel and whatever style of music that happens to take their fancy. As singer/songwriter/guitarist Jim Paterson says, “We like the fact that The Beatles had nearly every possible style of music on their albums, so we go along with that philosophy.”

With ten albums under their belt it’s clear The BordererS are a much-loved, admired and sought-after act. And for that, Jim and Alex owe their thanks to Australia. “We got away from the bigotry and violence of Scotland and Ireland to live in a country where that sort of thing doesn’t really exist. We love that about Australia.”

The BordererS also help create a better world for the next generation. Jim and Alex support mental health, suicide prevention and domestic violence initiatives, performing at fundraisers and spending hours each week adding their names to online petitions. 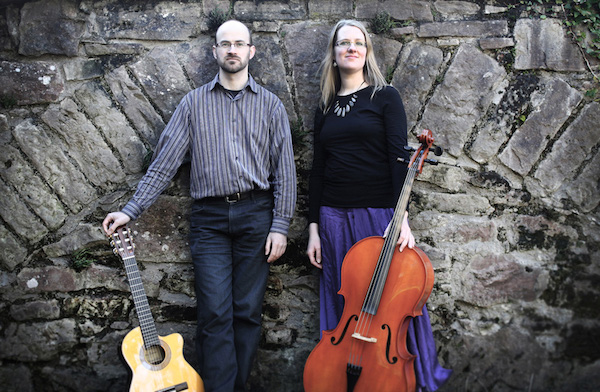 Rebecca Wright and Donald McKay’s music has been likened to that of a good Scotch whisky: delightfully smooth, full of character and highly addictive. With voices that can instantly transport you to another place and time, Donald’s traditional and original songs from his native Scotland are beautifully complemented by Rebecca’s insightful Australian originals and thoughtful selection of contemporary gems. Accompanied by requinto, cello, acoustic guitar and bodhran, their shows promise something out of the ordinary and bring you back to the heart of folk.

Rebecca is well-known on the Australian folk circuit for her gracefully grounded solo
performances, inspired songwriting and sensitive cello playing. Since bursting onto the Brisbane folk scene at just age 16, she has played at countless festivals and folk clubs. In 2008, Rebecca met Donald while touring in the UK as guest cello-singer with Aussie group Cloudstreet, and soon found herself living in Scotland, immersed in traditional Scottish music and culture.

Born and bred in the lowland hills west of Glasgow, Donald has been singing traditional Scots songs for as long as he can remember. An active participant in his local folk club since the age of 17, he has spent the last two decades honing his skills as a singer, guitarist and bodhran player. He is always a welcome addition due to his vast repertoire and sheer love of the Scots song.

Since joining their songs and lives together, Rebecca and Donald have toured in Scotland, New Zealand and Australia. Together they have released two albums, “Over Burns And Braes” (2016) and “Joys that never weary” (2012). They also perform with their Scottish dance band, The Ceilidh Clan, and are founding members of QTrad (Queensland Traditional Arts Group).

Tickets for the 25th Anniversary of The Australian Celtic Festival, featuring the Year of Ireland, are selling like hot potatoes! If you are a Glen Innes Resident and are buying for yourself or for Visiting Friends and Relatives, go into the Visitor information Centre from 1st April to buy your passes over the counter. Coming to us as a Visitor? Visit the website at www.australiancelticfestival.com to buy your tickets.

Just about your last chance to become a Friend, with all the benefits including exclusive invitations to events during the Festival. And you can buy a Friend of The Australian Celtic Festival polo shirt for $27.50. This is a great way to show off at the Festival! These polo shirts are only available for Friends.

What’s on in Tenterfield?? 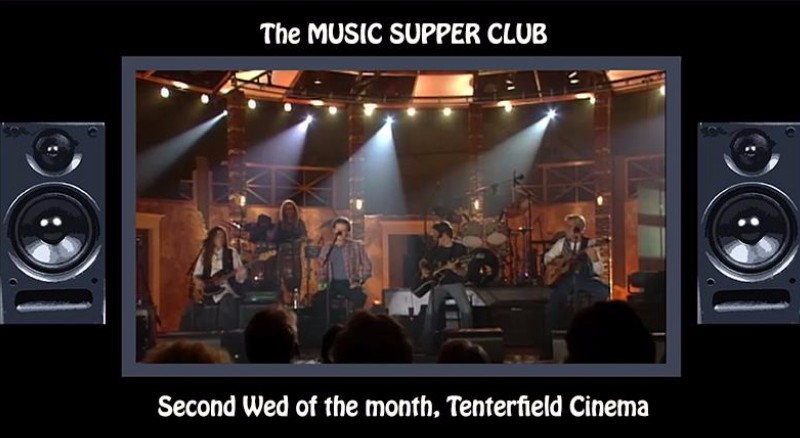 What’s on in Deepwater??

What’s on in Armidale?? 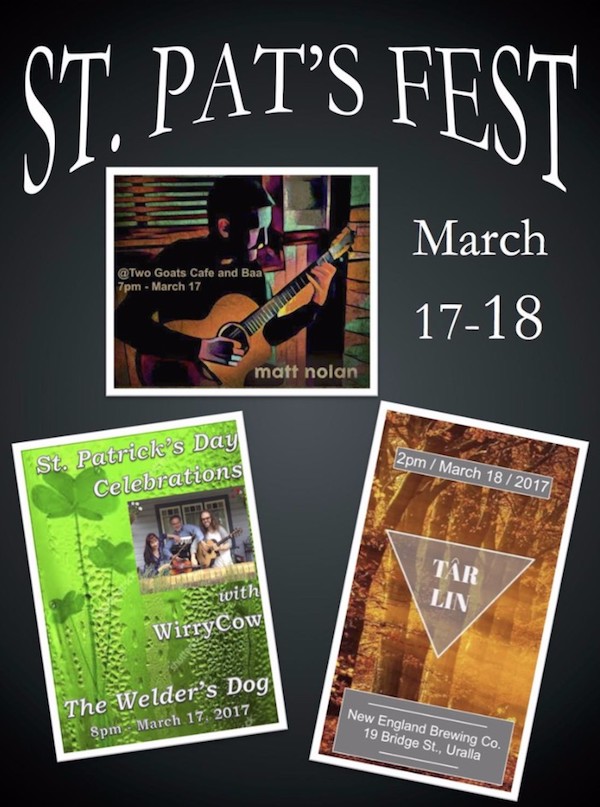 Appearing at the Australian Celtic Festival

Highlander is one of the most popular and entertaining Celtic bands in Australia, and has an increasing world-wide fan base thanks to internet radio. Highlander brings a new twist and rhythm to old Scottish favourites of jigs, reels and songs, with a couple of modern pieces thrown in.

The line-up combines a unique blend of pipes, whistle, fiddle, guitars, drums and vocals with a dynamic stage presence, producing an unforgettable and exciting live performance enjoyed and respected by audiences of all ages.

Highlander released their first album “North of the Wall” in 2010. The album, featured as album of the week on Glasgow’s Celtic Music Radio in Scotland. Their second album “The Dark Island” was released in 2013 seeing the band take out both Best Instrumental and Best Traditional Song of the Year at the Australian Celtic Music Awards in 2014.

It’s impossible not to be caught up in the energy Highlander brings to every show. Audiences are guaranteed to be tapping their feet from start to finish. 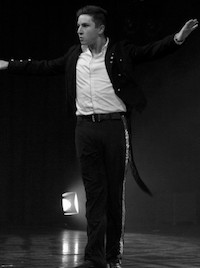 After returning from their years of touring, competing and dancing on the stages of the World, the gentlemen of Draíocht have come together to create an authentic and extraordinary performance. Draíocht’s refreshing energy and power gives a unique twist to the traditional art form that is Irish Dance.

At the Hereford Steakhouse

At The New England Motor Lodge

Planning for this new event is progressing at a manic pace. We will have profiles of the seven presenters, the workshop synopsis and booking details for you soon. For further enquiries, contact Glen Innes Services Club on 02 6732 1355.

His Excellency General The Honourable David Hurley AC DSC (Ret’d), Governor of New South Wales and Mrs Hurley were joined by Mayor Steve Toms and Lady Mayoress Mrs Judi Toms, General Manager Pat Lonergan and Mrs Jane Lonergan and President Russell Meehan for the Governor’s Vice Regal Reception. The reception was held in the Remembrance Room at the Services Club on Saturday 18th February and was attended by 110 people invited by The Governor and Mrs Hurley. It was a lovely evening with performances by the Glen Innes High School Dancers and St Josephs Choir. 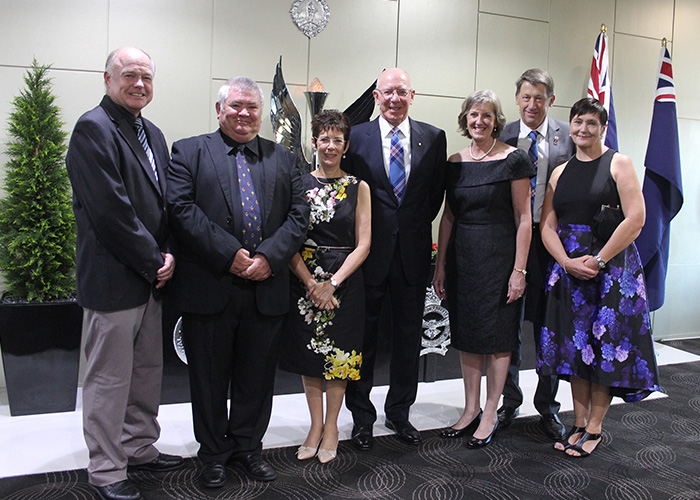 I hope that you’ve enjoyed this edition of Celtic News and that you found lots to read, see and do.