If you thought that last month’s Newsletter was HUGE, just wait till you see what I’ve got in store for you this month. There’s news from The Australian Celtic Music Awards, The Australian Celtic Festival Committee, a totally fascinating article about The Scottish Diaspora Tapestry Exhibition and a wonderful recipe submitted by Bruce Cameron of Senor Cabrales. I hope you enjoy this edition. First up, something really different. 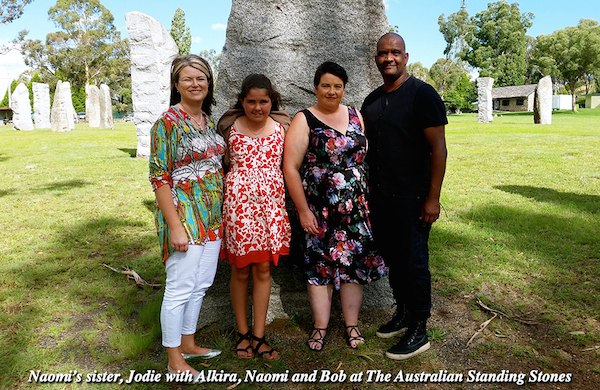 It seems that tying the knot, Celtic style at the Australian Celtic Festival, was a hit with many prospective couples from all over Australia entering the competition being held for the first time in 2016 in Glen Innes. ‘We were delighted with the response and completely overwhelmed by the amount of time and thought some couples had put into designing their dream Celtic wedding. We would like to extend our thanks to everyone who participated’ said Festival committee chairperson, Lara Gresham.

But there can only be one winner! The Committee enjoyed the entry by popular local couple, Naomi Bain and Bob Blair, and felt they would embrace getting into the spirit of the occasion by incorporating many traditional Celtic traditions and rituals into their marriage ceremony. Naomi and Bob and their entire family were over the moon when they received the good news. Bob and Naomi have been blessed with a beautiful daughter, Alkira, who will play an important role in the ceremony. The couple have been engaged for many years, and now can’t wait to get married surrounded by not only their closest family and friends, but they welcome all the Celtic Festival visitors as guests at their wedding. ‘The more, the merrier’ says Naomi.

The wedding will take place on Saturday 30th April at 11am within the circle of the Australian Standing Stones.

Yes, it’s that time of year again and time to book your tickets to the gala event in Celtic music. In 2016 the Awards will include the inaugural Dance Championship winners, Inductees to The Celtic Roll of Honour, the three annual Triquetra Awards and, of course, The Australian Celtic Music Awards. It’s a “don’t miss this” night and I certainly will be in attendance. Tickets are $40 and available from Julie on 02 6732 1355 or julie@giservices.com.au. 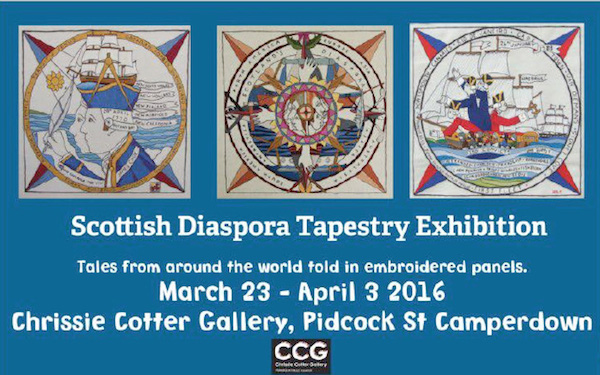 It was when Sandy McCall Smith saw the Bayeux Tapestry that the idea was born for the magnificent Great Scottish Tapestry which was hung in the Scottish Parliament. The focus then moved to the diaspora to celebrate the influence of Scots and their culture around the world.

The Scottish Diaspora Tapestry consists of 305 half metre square panels of exquisite hand embroidered works recording several centuries of a global emigration by Scots. The panels are stitched by volunteers from 28 countries in Europe, Southern Asia, Canada, the Americas, Africa, Britain and Australia. The exhibition helps people view and relate to the history of the Scottish people who have played an integral role in the growth and development of our nation. The tapestry travelled throughout Scotland in 2014 and is currently on a world tour. There is more information on:  www.scottishdiasporatapestry.org and Scottish Diaspora Tapestry Facebook.

There are a number of commemorative Exhibition items for sale. These include a wonderful coffee table publication showing all 305 panels with descriptions. For further information or to order contact Glenda Gartrell at glenda.gartrell@gmail.com. 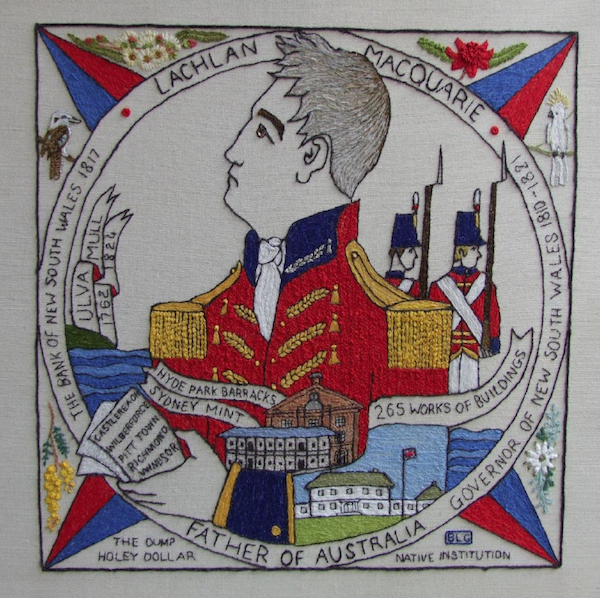 William Scott’s descendant Glenda Gartrell, has embroidered a panel to celebrate his role in colonial NSW. The son of Glasgow cottage weavers, William went from convict to gentleman in Colonial NSW. In his teens he left home and worked on farms ending up just north of fast growing London where food was short and housing almost impossible. He stole four sheep, which in 1810 was a capital offence. His death sentence turned into his first big break when it was commuted to transportation.

After 11 months on a hulk in the Thames and four months at sea, William arrived in the Colony with the clothes he wore, boots and a spare suit. From the line-up of new arrivals on the wharf, Elizabeth MacArthur selected him to look after her cattle at Camden. He learned to survive in the hostile conditions where everything was totally different from England and his native Scotland. The MacArthurs employed expert horse breeders and applied the latest farming techniques – William was a fast learner, with an eye to the future.

William, his wife Anne and seven young children courageously moved to the frontier in 1836. When the Indian remount trade took off, he took up the first block of his eventual 5,500 acres near Braidwood, and here his horse breeding earned him a living and the ultimate affirmation of worth in colonial society, being known as a gentleman. 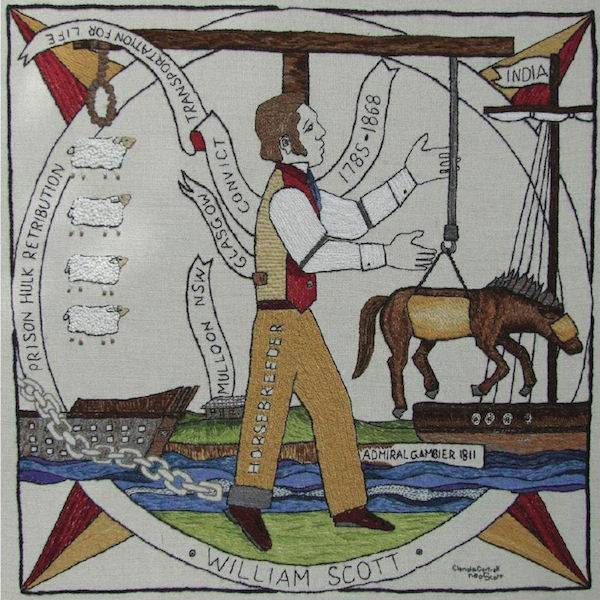 On 20th February an enthusiastic audience enjoyed lively Celtic music performed by Glen Innes musicians. The theme for the evening was set by the trailer for the film “Island Bound” which traces the migration of Celtic music wherever Celts have settled. Opening act Martin Moxey played a bluegrass number and three others with an Irish feel. He was accompanied by Jan and Jo with the classic world-music combination of African drum and bodhran. 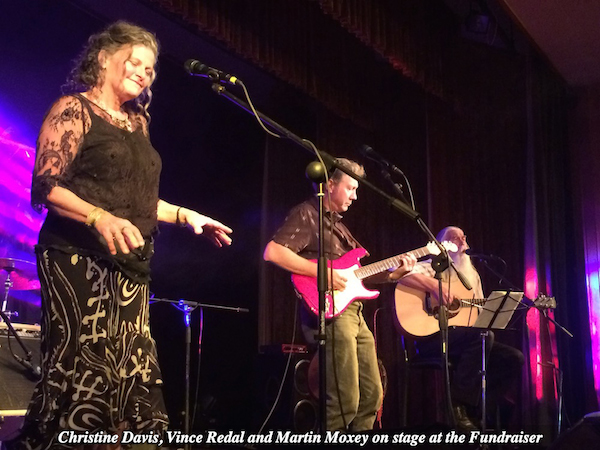 Christine Davis won hearts with Danny Boy and Caledonia. Just when she’d lulled the audience into a sense of familiarity, she woke them up with Fairground Attraction’s “Perfect” – the lead singer, Eddie Reader, is a Scot – followed by an Emmie Lou Harris Appalachian number. After drawing of the raffle – wonderful prizes – The Abbies appeared. They stunned the audience with their acapella rendition of Timshell.

Next up was a new collaboration between Martin Moxey, Christine Davis and Inverell resident Vince Redal, Horse’n’Round. Fabulous guitar from Vince on The Gael and great vocal harmonies.

Finally, God Bless Texas, almost wearing kilts. It was a hilarious performance. They sang 3 familiar Celtic songs. Traditional? Hardly! The rest of the cast joined them in a final song, and were thanked for donating their performances by Australian Celtic Festival Chair, Lara Gresham. 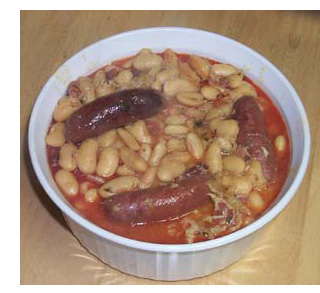 Soak the white beans in water overnight, while you choose a medical practitioner.

Put the chorizos, jamón serrano and other meat products on a shallow pan. Watch them closely for signs of distress. Top with white beans into a shape of your own choosing. Add enough water to cover the whole mess.  Bring to a boil slowly over a medium heat until dead. Turn down the heat and simmer for one hour just to be sure. Make sure the beans are always covered with water, adding more cold water if necessary. This prevents escape.

In a separate pan, fry the onion, garlic, paprika and saffron for a few minutes. Add to the beans. Add parsley and salt. Mix carefully, avoiding direct eye contact with the beans. Let cook for another hour to show ’em who’s boss.

If the broth is too liquid, mash up several beans, return them to the pot and cook uncovered for several minutes (the pot, not you). This will show the other beans you really mean business and should prevent any further uncooperative behaviour.

The stew is said to be better if you reheat it, so feel free to do that if you need an extra day to build up your courage.

After you’ve had a good chuckle, do try this. I think it’s probably delicious and perfect for a cold Glen Innes winter evening. 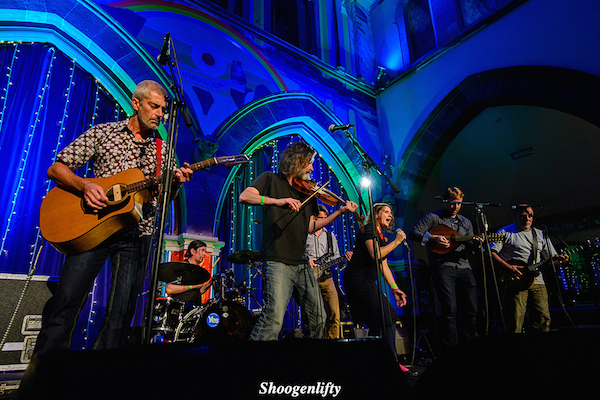 Auckland Arts Festival is proud to be presenting Scotland’s favourite folk-rock masters, Shoogeniftly, who are bringing their unique brand of fiery Celtic traditional music and infectious dance groves to Auckland. Famed for their out-of-the-box performances they’ll be taking over the Spiegletent in the New Zealand Herald Festival Garden with a wild ceilidh for two nights only on 18th and 19th March. This will be a perfect Auckland Arts Festival experience for anybody with even a passing interest in Celtic performing arts. For the full program check the website.

Check out the online Entertainment Guide to plan your personal Festival program.

Next month I’ll be featuring articles on some completely different subjects. Watch this space! I’d love more submissions so please send your material to me at barbara.saxonge@gmail.com.