It’s July, quite cold and I really feel like hibernating. But I can’t let you all go without your “fix” of Celtic News. So I’d better buckle down and get on with it! As usual, I’m grateful to all the wonderful people who have sent me their news. It does make my life so much easier! So first, from Norma O’Hara Murphy, a former Celtic Artist of the Year and singer of Celtic based folk music, news of the Bony Mountain Folk Festival.

Entry is $20 per person at the gate. Catering and food available but please BYO Chairs. If you would like to camp, the cost is $100 which covers the whole weekend with no extra fees. Entertainment featuring Murphy’s Pigs on Friday 16th September from 7pm, Cape Byron Celtic Dancers all weekend, and the Highland Gathering on 17th September. Check out the website for more event details. 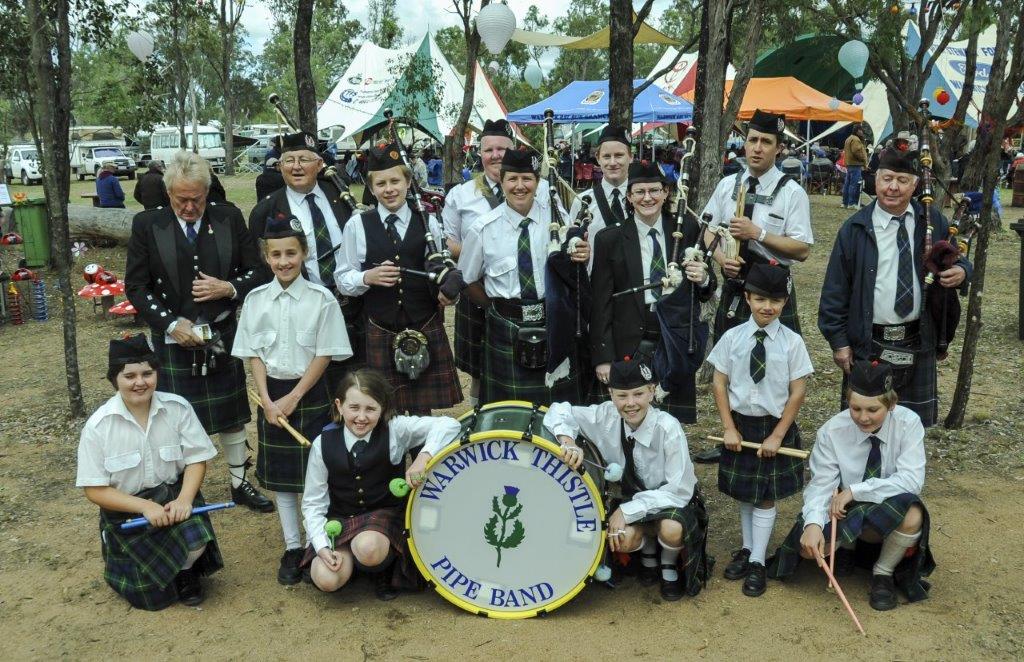 Go to celticmusicawards.com to nominate your favourite artist. Nominating is easy. Just click on the 2017 Nominations tab and complete the online form. The Australian Celtic Music Awards presentation will take place at Glen Innes Services Club on 6th May 2017. Nominations close Friday 16th December 2016. Artists can self-nominate or members of the public can nominate their favourite artist.

A family of four classically trained musicians living an average Australian family life until February 2016, when they decided to move into a caravan, get on the road and leave it all behind.

In their previous lives Mum, Sarah, was performing regularly as a headlining guest entertainer on cruise ships around the world, taking her away often and disrupting family life. Dad, Joel, was the I.T manager of a large company, with little time for music and much less family time than he wanted. Life was flying by quickly and the family all wanted to spend more time together, with more shared experiences and more time to play music together.

Winning the Australian National Busking Championships in Cooma last November as The String Family gave them the confidence to take the plunge and buy a caravan. “We saw how people reacted to our music and the dream started to become a reality.” said Sarah. 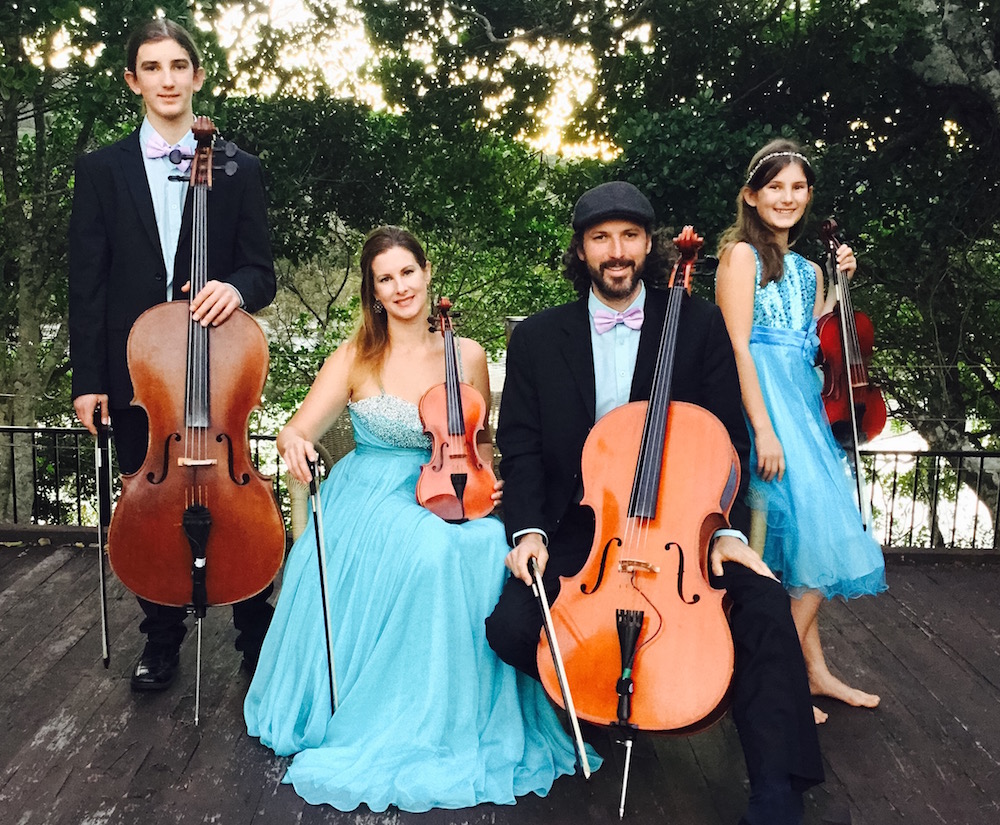 The story started in the 90s, when Joel met Sarah at the Wollongong Eisteddfod. Sarah had been successfully competing in the Eisteddfod on the violin since the age of four. When she was ten years old, along came Joel on the cello and he began to win some of the prizes. Their parents decided that they should join forces, so they became duet partners. Their first piece together as a duo was “Danny Boy” and of course, they won the duet competition!

When their children, Heath (13) and Ashleigh (12) were born, music was already within them, coming down the bloodlines for generations along Joel’s Scottish and Sarah’s Irish roots. Both Heath and Ashleigh started their musical training on the violin and at age seven Heath switched to cello to be like Dad.

The rewards of being on the road have been plentiful. “Both of the children have grown so much in confidence and happiness since we hit the road, it’s incredible!” says Joel. Heath is in year 8 studying via Distance Education and Ashleigh is in year 6, home schooling until high school.

The String Family are using their music to fund their travels and since February, the majority of their bookings have been up and down the coast of NSW and QLD with some more inland NSW destinations. During a recent interview with ABC South East NSW Sarah was asked how she was going to cope with returning to life as normal after the tour. “I really can’t imagine being able to go back to the old life after this, it has been the most magical and amazing journey of our lives and I encourage anyone who is considering it to just do it!” she replied.

Something that has had a huge impact on the family as they travel has been the people that they have met along the way. The kindness and generosity that they have experienced as they meet people in country towns has left them feeling humbled and grateful, and the reaction and support for their music is beyond their wildest dreams.

When The String Family was passing through Glen Innes en route from Stanthorpe to Wagga Wagga, they decided to spend the night at the Glen Innes Showground. They loved the place so much they ended up staying almost a week! Whilst there they discovered the Australian Standing Stones and were so inspired and taken with them that they made a Celtic music video featuring the showground and the Standing Stones.

“We’ll be back in Glen Innes on 1st October for The Friends of The Australian Celtic Festival Event.”

If you haven’t heard The String Family play yet make sure you check them out! Their music is fun, uplifting and has a unique sound. Young and old can’t help tapping their feet and dancing when The String Family are on the stage.

Performer, busker and workshop applications are now open on the website.

The Award goes to a young Victorian person over 16 years and under 30 years who has demonstrated a significant contribution to their Scottish organisation and shows a desire to promote Scottishness to the wider community. Closing date is 30th September 2016, so get your nominations in very soon! Contact Noel Wright, Secretary, Scots of Victoria Coordinating Group. noelwright@netspace.net.au.

Renew your membership or join (applications on the website) for 2017 and get free entry to see The String Family on 1st October 2016. There are other great benefits to membership of The Friends, including weekend passes, a cap or Clan stationery, and even more exclusive offers and invitations to Friends events.

Promoting your music is not an easy task especially for performers with Celtic roots. So Welder’s Dog, the well-known Tenterfield Trio, decided to do something about it and the guys are sponsoring a ‘Folk & Celtic Fusion’ music video category in the new ‘Mobile Movie Fest’.

The Folk & Celtic Fusion video festival will be a year round online celebration with a special weekend of Cinema screenings in mid-summer. The opening Big Screen event will be on the weekend of the 14th – 15th January 2016. Welder’s Dog hope that performers Australia wide will join with them to embrace this exciting promotional opportunity.

Whilst the Mobile Movie Fest encourages the creative use of smartphone technology, we will also accept music videos shot and edited on any camera or editing device for the special ‘Folk & Celtic Fusion’ category. So get your latest/best music video working for you ASAP. We are currently building the site and invite submissions.

If you don’t have a music video, then read our tutorials online and go and shoot one with your smartphone or tablet. Use iMovie or Videoshop apps for quality editing.

Next month, there will be a further article to assist you.

2017 is going to be a HUGE year here in Glen Innes. Not only is 2017 the Silver Anniversary year for the Australian Celtic Festival, it is the 10th Anniversary of The Triquetra Medallions and the 5th Anniversary of the Australian Celtic Music Awards. These are all impressive milestones and we are looking forward to one of our busiest years ever. We expect a record number of Visitors to Glen Innes May 4th to 7th next year, so do plan your Festival weekend early. 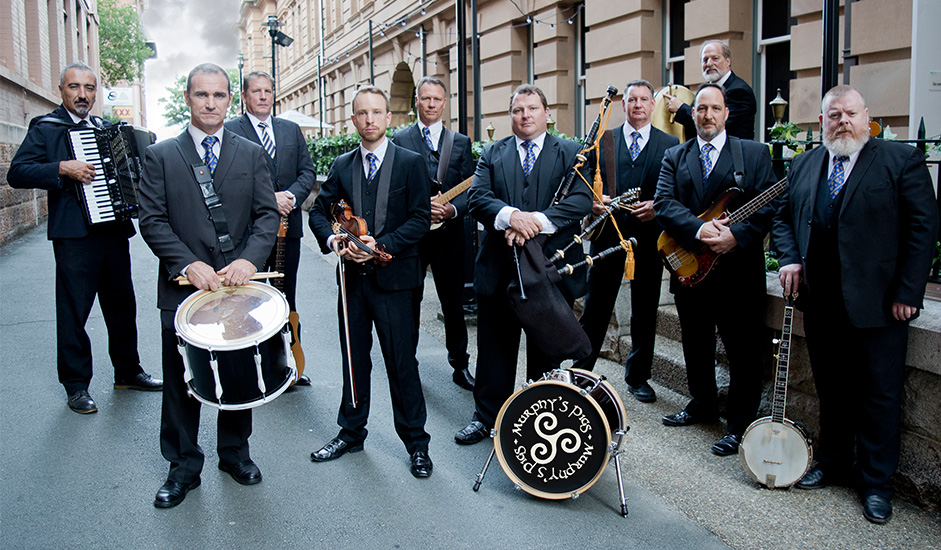 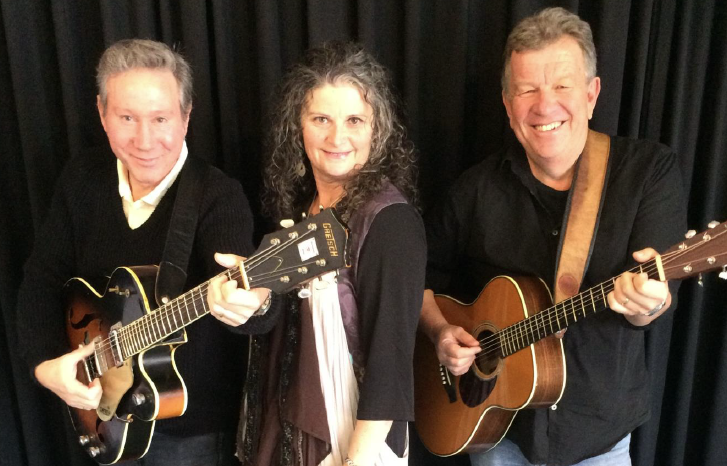 Darren Coggan is widely known and respected for this retrospective of Cat Stevens’ music. Here in Glen Innes, he is also much appreciated for his role as Emcee of The Official Celtic Awards Night. Join him on 29th October 2016. Doors open at 7.30 pm. Tickets are $25 and can be purchased by calling 02 6732 1355. 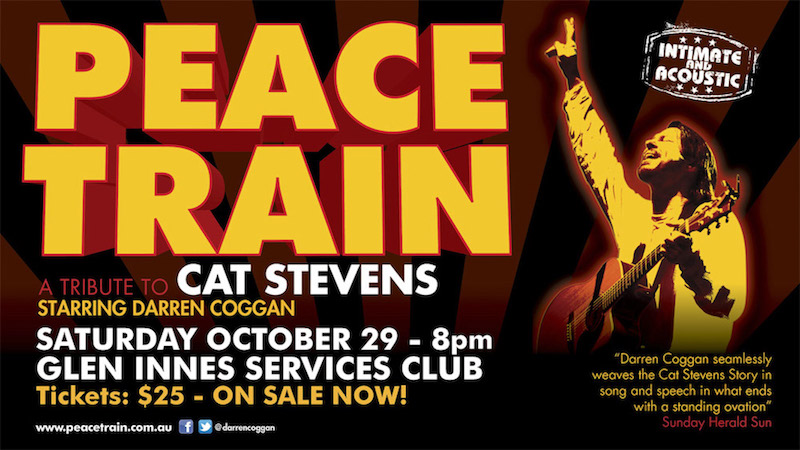 Winter Ceilidh with The Ceilidh Clan

On Friday 12th August, Brisbane-based Scottish ceilidh band, ’The Ceilidh Clan’, will host their 3rd Winter Ceilidh for the year at the Red Hill Community Sports Club, 22 Fulcher Road, Red Hill (next to Broncos Leagues Club). A fun family-friendly event with live music and dedicated dance caller, no prior experience is necessary! There is a bar, and a cafe selling tea, coffee and cakes to raise money for The Brisbane Celtic Fiddle Club. All welcome, bring your friends! Tickets at the door. Doors open at 6.30 pm. Dancing 7pm to 9m. $15 adults, $10 concession, $30 family. For further information, email: info@ceilidhclan.com, or call 0409 760 993.

Lorin is an inspirational entertainer and speaker, who appears at many schools throughout Australia. Members of the public, as well as family and friends of students are invited to attend at no cost.

26th and 27th November Central QLD Conservatorium, Mackay 10th Triple Threat Theatre Academy production. This concert will feature soloists, ensembles and groups from the Academy, as well as special guests including Molly Armstrong & the Cape Byron Celtic Dancers (Australian Celtic Dance Champions). It will also feature the debut of a new all-male group of singers, in the vein of Celtic Thunder and principles Petar and Jessica Grulovic.

We truly love Glen Innes in the winter. We are blessed to have such a lovely destination that has four distinct seasons with four wonderful reasons to visit. Glen Innes – so close yet a world away. Rug up and experience the real cold in Glen Innes this winter. There’s plenty to see and do as well.

July 23rd
Christmas Dinner at The Hereford Steakhouse, with a hearty winter soup, a traditional Xmas buffet and plum pudding with brandy custard for dessert. Bookings for this warm, welcoming, intimate venue are essential. Entertainment will be provided by the vivacious Christine Davis. Adults are $50 pp, with children at $22.50 including a small gift. Mention Celtic News on booking. Phone: 02 6732 2255 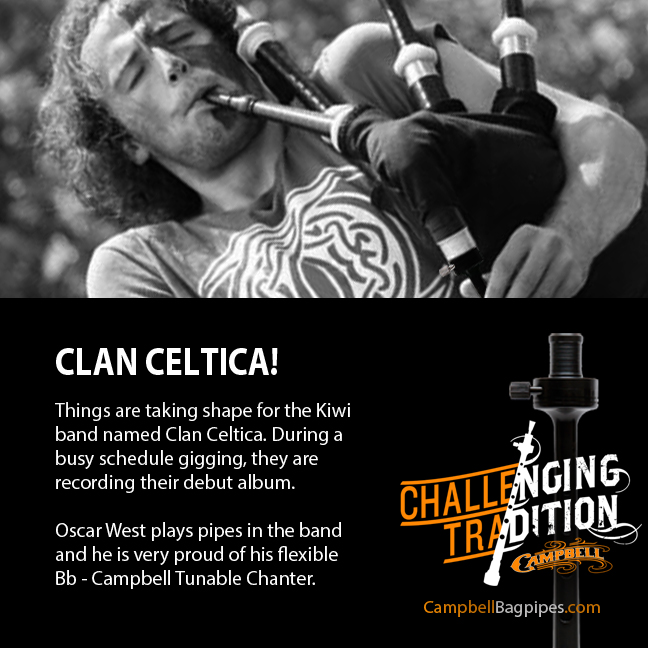 Celtic News is a strictly volunteer-run publication, so we don’t accept paid advertising. However, this New Zealand advertisement featuring Clan Celtica Piper Oscar West was just too good not to share.

Vince Redal, of Lorica who will appear at Murphy’s Pigs’ 10th Anniversary Concert has a solo clip out right now of his original piece “Electric Freedom”. The clip features Glen Innes dancer Brianna Hope. Percussion is by Brad Cooper and Djembe is by Laurie Newsome.

I hope that you enjoyed this edition of Celtic News. Keep your news and articles coming in. There will be lots more next month.