I hope that Santa was kind to you all and that you have started 2016 healthy and happy. This month’s edition of Celtic News includes contributions from quite a few old friends. I really enjoy keeping up with all of the news. A huge thank you to you all. If you would like me to include your news, views and ideas, please submit your material to me at barbara.saxonge@gmail.com or phone me on 02 6734 5189. The deadline for each edition is 7th of the month.

A Pig You Can Put In Your Poke

Hot on the heels of their last album, ’In the Lap of the Hogs’, notching up Best Album and Male Vocalist of the Year awards at last year’s Australian Celtic Music Awards, Murphy’s Pigs have just released their fifth CD ‘Larrikins and Knuckle Boys’. Drawing on Australia’s colonial past and historical themes the lads have veered from their usual fare to produce a CD with a dynamic mix of traditional, original and contemporary Australian folk songs. With a strong Celtic-rock resolve, and amid ringing electric guitar, rich accordion, soaring fiddle and stirring bagpipes, Murphy’s Pigs take you back to a time of miners, shearers, larrikins, slums and ghost ships. 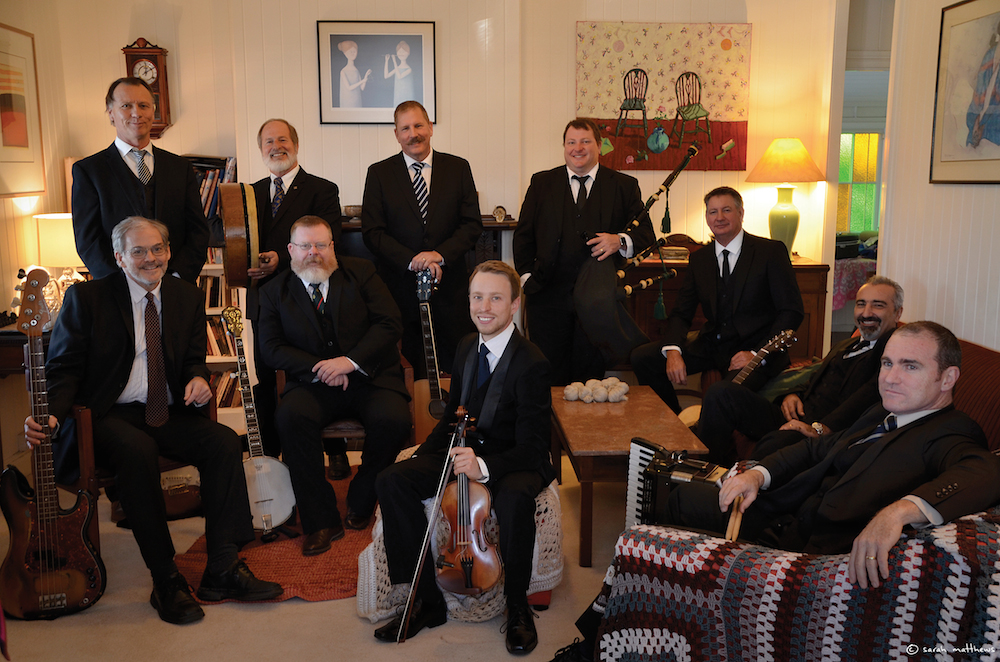 “It’s certainly different from our usual, predominantly Irish and Scottish offerings,” front man John Graham said.  “But we wanted to delve into our Australian Celtic musical heritage. It is a good mingling of new music and familiar songs; with pig trotters stamped all over it.”

The band’s other vocalist, Peter Vincent, said, “The highlight of the recording of this CD was having singer/songwriter Terry Fielding sing with us on our latest rendition of his 1972 number 1 song, The Whale.  It’s a great song and has always been an integral part of our repertoire since John and I started the band 10 years ago.” “No two songs sound the same,” John says, “and we are very satisfied with our first venture into recording some of our own, original songs.” “I’m pretty sure that this CD will delight our supporters,” Vincent proudly adds. Larrikins and Knuckle Boys can be purchased online at www.murphyspigs.com. Murphy’s Pigs have eight nominations in this year’s Australian Celtic Music Awards.

Exciting News for Friends of The Australian Celtic Festival

Memberships available for the 2016 Australian Celtic Festival are: 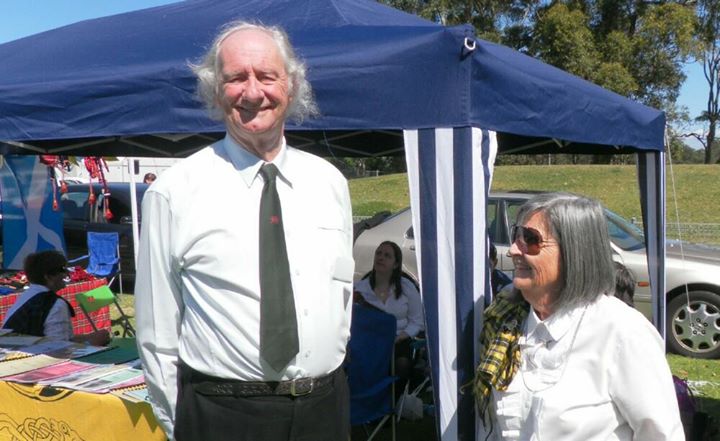 Graham Aubrey was born in Cwmparc, near Treorchy, in the Rhondda Valley, Wales and was singing in choirs from the age of six. He has conducted choirs and played the organ in Germany and the UK. For much of the last thirty years he was active in the choral scene in Australia and performed widely as a soloist with the Celtic Harp, Piano and Keyboard.

In the Hunter Valley he was the choirmaster of the Cambrian Singers and participant in the Welsh Dancers.  In this role, Graham was a frequent performer at The Australian Celtic Festival in its early years. Graham was awarded a Celtic Honour of D.Urr in 1995 by the Celtic Council of Australia (CCA).

Graham held a Master of Arts in Celtic Studies and an honours degree in Musicology. He was in demand at universities and conferences around the world as a lecturer in the Traditional music of the British Isles. Along with his wife Stella, he founded the Australian Institute of Celtic Studies in Newcastle which sadly closed with his failing health and mobility.

Graham died on Christmas Eve (24 Dec 2015) at Port Stephens, NSW. A funeral was held on January. The condolences of all the Celtic community go to Graham’s wife Stella, his family, friends and colleagues from the CCA. 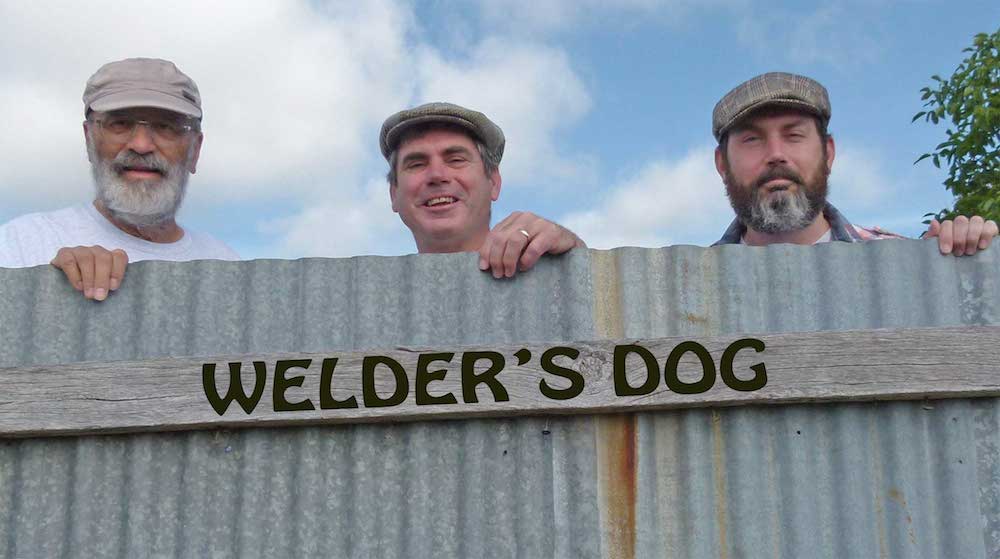 The latest album from AUSTRALIA ALL OVER includes the Welder’s Dog song ANZAC’S OF TENTERFIELD.  The song, penned by band member Mick Moore, honours the young WW1 soldiers who enlisted from the Tenterfield Shire.

The country lifestyle of horse-riding from a young age, shooting rabbits and surviving for days in the bush meant that many of the boys fought with the Light Horse and took part in the famous 1000 horse charge against the Turks at Beersheba. The song is in a gentle melodic style, with just guitar and mandolin providing an evocative backing to the reflective lyrics, which describe the serene lives the boys left to fight a dreadful war. The music vid of the song, with a mix of local Tenterfield landscapes and historical photos can be seen on Youtube.

Welder’s Dog members have a great sense of pride in their heritage both here in Australia and back in Ireland and are regularly inspired to sing of the past endeavours and endurance that give us courage today.

Nominations closed on 31st December. I hope to be able to feature more news from the Finalists in coming editions of Celtic News.

Since 1995 the Melbourne Scottish Fiddle Club has brought together people who love the music of Scotland and the Scottish diaspora. The Club was inspired by similar groups in the US and in particular, by the Boston Scottish Fiddle Club, founded by the legendary Ed Pearlman. Over two decades the MSFC has become a fixture on the Australian folk scene, and also provides dance bands and function bands to the Melbourne Scottish expat community.

The Club has an inclusive policy and has welcomed players from all around the country and the world, involving its members with many styles of fiddling, and holding workshops and concerts with some of the world’s greatest. In addition, an annual tune writing competition for many years encouraged members to keep the tradition alive, while touring – in Australia and New Zealand – inspired the players to reach high. Our 5 CDs include the tunes we love arranged in fresh ways, and have contributed to the development of a new, uniquely Australian version of Scottish fiddling. We have won many Golden Fiddle awards and the National Folk Alliance 2006 Album of the Year.

Despite our strong record, as a group it seemed almost impossible that we would make it to Scotland, until 2015, when we were able, with the help of the Victorian Scottish Heritage Foundation, many generous Pozible donors and our wonderful supporters Bill and Diane Sides, to put together a tour covering the length and breadth of the “mother” country. Forty-five of us took the 16 day trip in September 2015, which included 10 concerts, 10 workshops, 10 sessions, much sight seeing and an amazing chance to get to know the music we love at the source. Everywhere we performed people were fascinated to hear where their music had travelled to, and how it sounded on return. 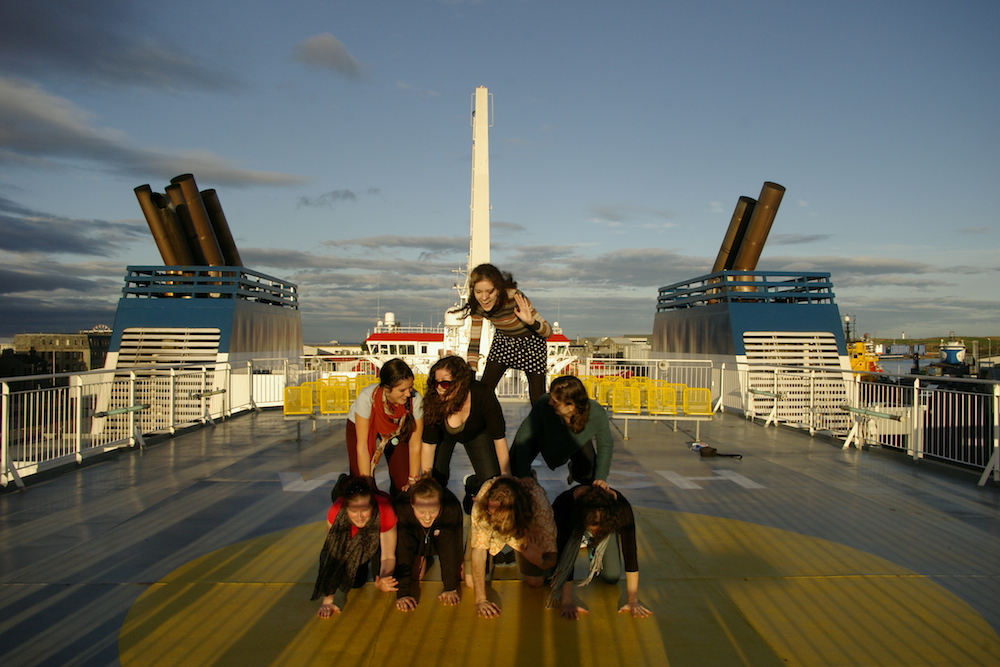 Partnerships were the mainstay of our tour, and we performed in Shetland with our friends and mentors Chris Stout, Catriona McKay and Ross Couper, fantastic exponents of the Shetland style, and on the mainland with Anna Wendy Stevenson and Simon Bradley, and with many community groups from Selkirk to Ullapool, from St Giles Cathedral Edinburgh to Dunkeld. One highlight was the return to Dufftown (on the banks of the Fiddich and Dullan Rivers) of original Dufftown tunes which had made their way to Australia but had not been heard locally for 50 years. The concert at the Dufftown Hall was a tribute to the commitment of volunteers there and in the MSFC, who put together a fantastic community event with over 100 players, sponsored by local businesses Glenfarclas Distillery and Walkers Shortbread. A merry night to be sure! 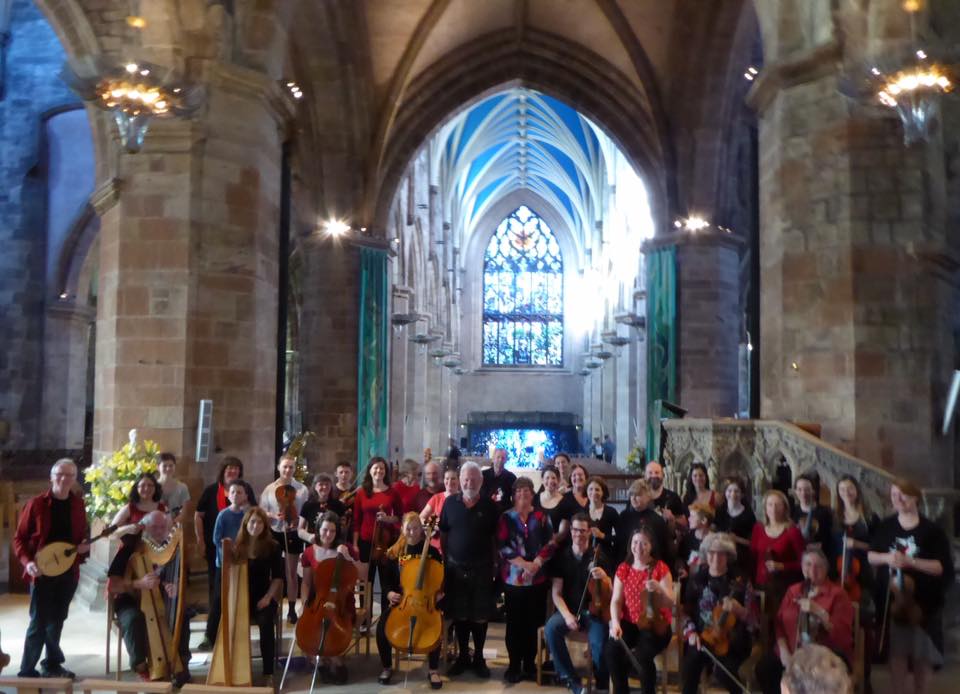 Through the workshops we had pre-arranged, we were able to identify the different styles of Scottish fiddling, and different Club members found themselves attracted to (for example) the north-east style of Paul Anderson or Dougie Lawrence, the highland fiddling of Aonghas Grant and Adam Sutherland, or the borders sound of the Riddell Fiddles led by Amy Geddes. In Shetland we were lucky to be hosted by the wonderful Margaret Robertson and her Hjaltibonhoga Fiddlers, a mighty group who taught us how to party while playing, and with whom we will perform again in 2016 at the Royal Edinburgh Military Tattoo in Melbourne.As the founder of the Club and its Director for the first 16 years, the most rewarding part of the trip for me was seeing how much our young players (ranging from 12 to 20) gained through the experience. During the trip they were the most enthusiastic in soaking up the music, recording the tunes we were taught, rehearsing them in small groups and generally finding their way into the heart of the tradition. Their leadership now is inspiring other young players to join the group, and keeping the Australian version of Scottish fiddling fresh and lively. For more information about the Club and our recordings and projects, visit www.melbournescottishfddlers.com. 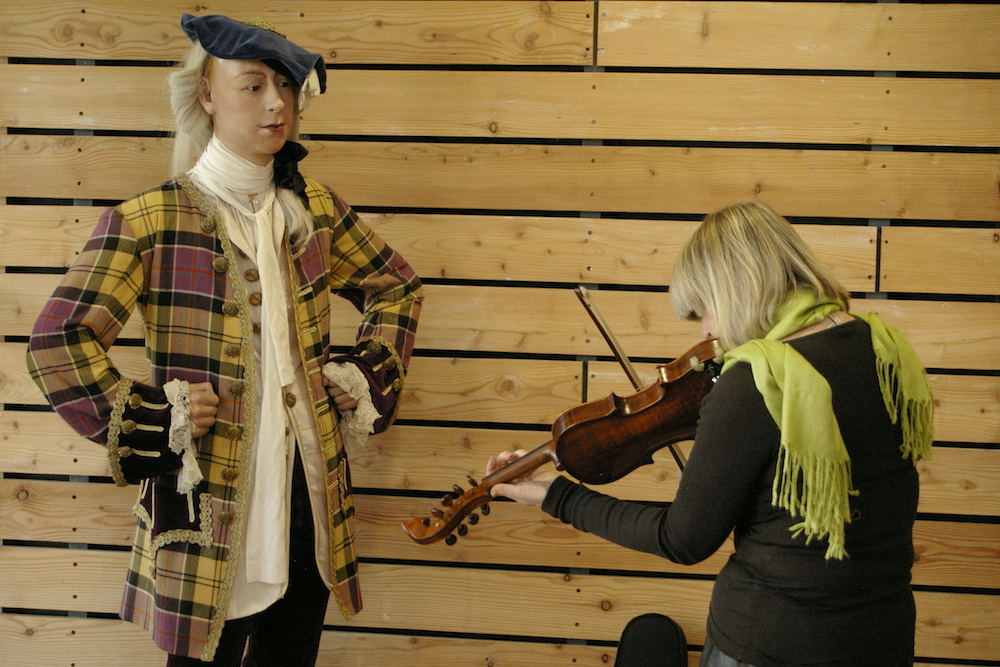 Important Date for your Diary

On 20th February 2016 our talented Glen Innes musicians will present lively, foot-tapping, danceable music performances with a Celtic flavour in support of The Friends of the Australian Celtic Festival. Featuring original, contemporary and some traditional music performed with verve and energy – and a little tongue-in-cheek irreverence – this is a show for all ages. Come and enjoy the music of Alex Mossman, Martin Moxey, Christine Davis, Vince Redal, The Abbies and God Bless Texas. The latter group is a country rock ensemble who will, for this night only, be performing traditional Celtic songs in their inimitable style, while wearing kilts! The mind boggles!!

Tickets are $20 and sales support the 2016 Australian Celtic Festival, Glen Innes’ hallmark tourism event. Doors open at 7 pm. Book through Julie at julie@giservices.com.au or book on 02 6732 1355. By attending the concert, not only will you have a great night out, but you can buy your 2016 Australian Celtic Festival Weekend Passes from the Festival Office at the discounted rate of $50 per person. Bonus!!