Only two weeks to go to the Festival and it’s all go here in Glen Innes. Of course, the rest of the world doesn’t stop for us, so there is an article submitted by Colin MacLeod about the Scottish Fiddle School later this year. And a short note, with a link, from bodhran artist extraordinaire, Kevin Kelly. I hope that you enjoy this edition.

Editor’s Note: Many moons ago my late husband, James, published a magazine called The Southern Scot. Clishmaclaver was a regular column in that publication, and is now a feature of the Clan MacFarlane Newsletter. I am delighted to include Clishmaclaver as an occasional item in Celtic News.

An old Scot, in his deathbed, was visited by his parish minister. “Dae they hae ony whisky up in Heaven?” he asked. But, seeing the worried look appear on the minister’s face, the old boy quickly added “No that A’m very fond o the stuff masel, ye ken. It’s just that it aye looks awfy nice sittin’ oan the table!”

The farm lad, seeing the exceptional size of the eggs produced by a prize Rhode Island Red hen, was heard to remark “Heavens! It widna tak mony of those tae mak a dozen”.

“The country in the north of Great Britain is Scotland, inhabited by Scots. Their products are Scottish, except whisky, which may be termed Scotch if the barman is very ignorant. One of the other countries in Great Britain is England and another is Wales. The whole is called Great Britain and the Scots, English, Welsh and people living in Northern Ireland are collectively called British.

Try and avoid saying England and English when you mean Great Britain and British. We love and admire the English in many ways. But we are not English and have no wish to be. We do not claim to be superior to the English, only different!”

From “Tartan Tapestry by John Hay of Hayfield

Sett for the Road

A foreign tourist visiting Scotland went into a Highland dress outfitters and asked for a kilt-length of Dunlop tartan.

The inexperienced assistant went into the back room and asked his boss if they stocked such a tartan. “Och, aye,” said the manager, gie him MacIntyre tartan.

Thus the assistant sent the tourist away with eight yards of the MacIntyre. But later he queried this with his boss, saying I never realised that Dunlop and MacIntyre were one and the same tartan”.

“Ach, aye” came the reply. “Sure, Dunlop have been makin’ tyres noo for years!”. 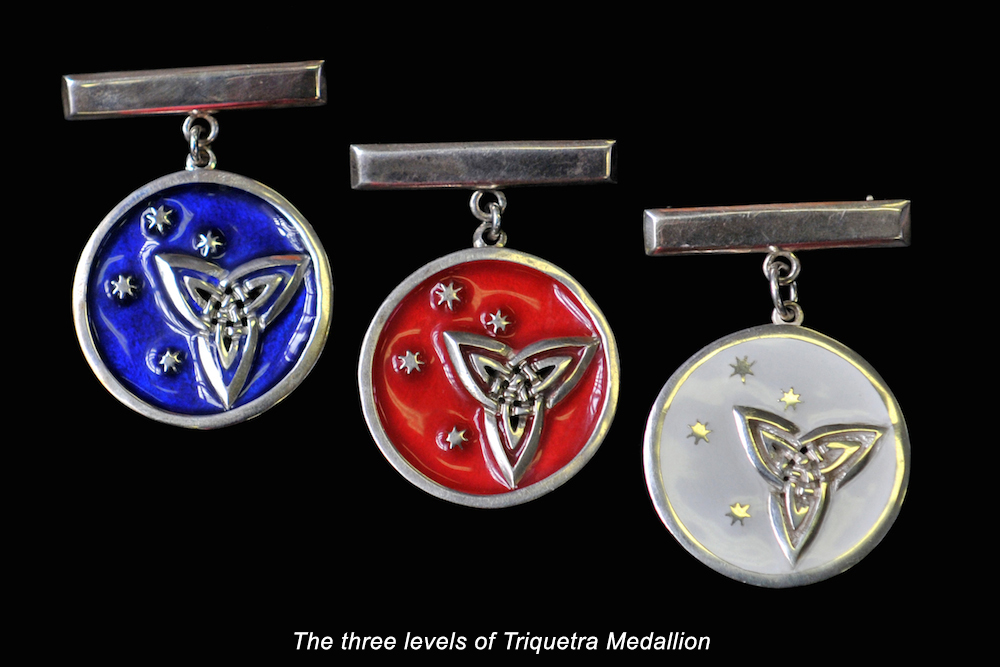 Sometimes I wonder when Julie gets to go home to sleep! She is working hard to complete all the organisation and set up for The Official Celtic Awards Night. This year the Awards will include the inaugural Dance Championship winners, Inductees to The Celtic Roll of Honour, the three annual Triquetra Awards and, of course, The Australian Celtic Music Awards. Included in your ticket price are some fabulous entertainment, welcome drinks and canapes and a 2 course dinner. Please book soon. This night is one that I never miss and I look forward to seeing you there. Tickets are $40 and available from Julie on 02 6732 1355 or julie@giservices.com.au.

Watch this clip from the Isle of Man TT. It shows the 2015 TT bike race – featuring fast bikes (these guys are mad!!), beautiful, green scenery, and the music of Angela Little (Celtic Fire) supported on bodhran by our own Kevin Kelly. The tune is Milesians (Belfast Child).

This event will showcase Celtic Dancers performing for the Australian Celtic Dance Championship titles and other prizes. There will be two categories open for entries: Solo and Group dances. Prizes will be awarded for First and Runner-up in each category. 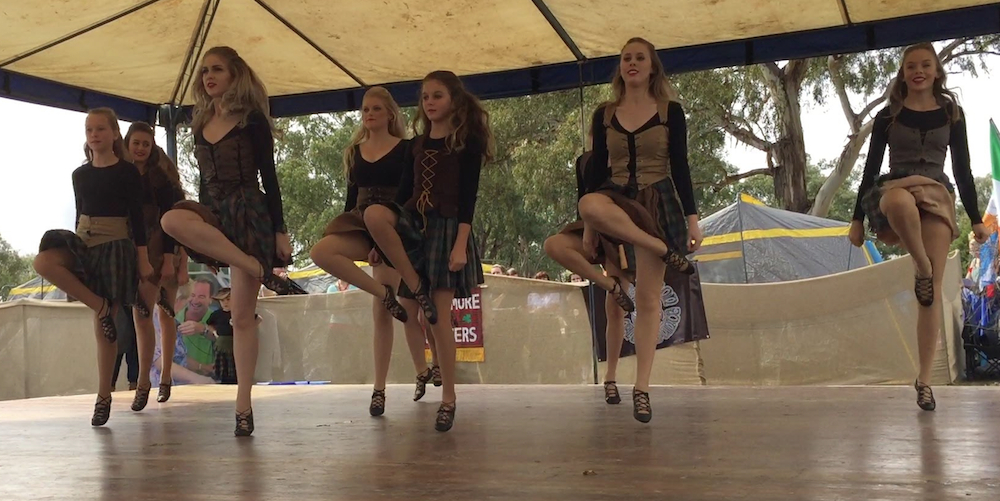 Heats will be conducted on Saturday, 30 April, at the Australian Celtic Festival Crystal Stage with winners announced that evening at the Official Celtic Awards Night hosted by the Glen Innes and District Services Club.  Prize winners will perform their winning dance at the Crystal Stage on the Sunday. 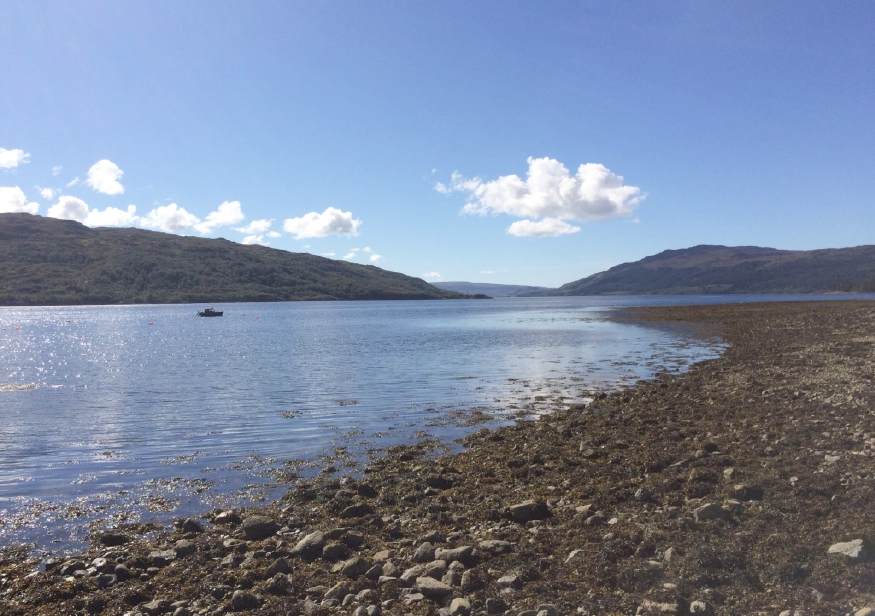 During September of last year in Scotland, I co-founded a fiddle school with a couple of friends at Resipole on the Ardnamurchan Peninsula. Resipole is about an hour away from Glencoe, where the Campbells and MacDonalds got together a few hundred years ago.

The fiddle school brought together people from Scotland, England, Germany, Switzerland and Australia, amongst the countries mentioned. Accommodation is on site with beautiful views of the local loch, Loch Sunart.

Last year, we had Charlie McKerron from Capercailie as one of the Fiddle Fest tutors. The other tutors were myself (Scottish fiddle), Karen Schuler (Swiss Irish fiddle) from Switzerland and Sarah-Jayne Jamieson (West Highland style).

If you are across in Scotland in September and you are interested in learning new tunes, meeting new people and spending time in some of the most beautiful landscapes of Scotland, sign up for the Resipole Fiddle Fest. Sign up at www.resipolefiddlefest.co.uk.

Next month I’ll be telling you all the Winners and Awardees from the Official Celtic Awards Night. Don’t forget to send me any contributions to barbara.saxonge@gmail.com or phone me on 02 6734 5189. The deadline for each edition is 7th of the month. Finally, I do hope to see you during the Festival. Come up and introduce yourselves. It would be great to know that this News is actually read.